12. Standardization of the living, what is the limit? 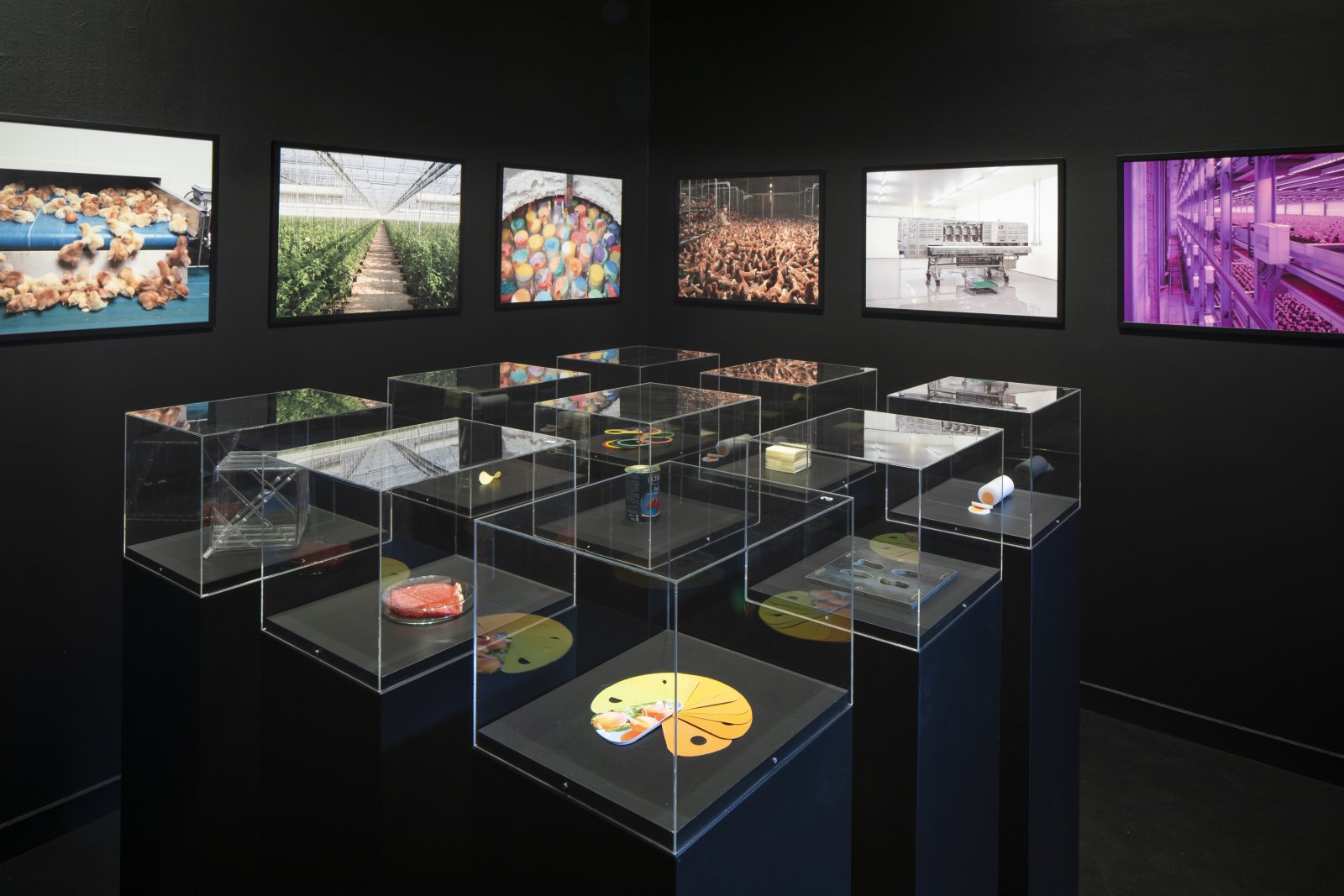 In just a few decades, the evolution of production and distribution methods and the establishment of standards on an international scale have contributed to the standardization and transformation of life.

The second half of the 19th century saw the simultaneous development of serial production of foodstuffs (cereals, meats), of their storage means and transport (railway lines, cold stores) and the mechanization of their processing methods (tools, slaughter line). The devices that rationalized work in the Chicago slaughterhouses were a source of inspiration for Henry Ford when, in 1913, he installed the first assembly line for cars in Detroit, the famous Model T.

As early as 1948, the American historian of architecture and design, Siegfried Giedion, emphasizes the role that these technical progresses played in the development of industry:

"If the automobile industry, for example, was able to develop its own assembly line system so quickly, it was because of the great habit the meat industry had acquired of working on a moving object."

Our perception of fruits and vegetables is widely influenced by that standardization: instinctively we associate colors, dimensions and forms to all the varieties we eat, and we doubt anything that moves away from it.

Our consuming modes have as well followed as encouraged this evolution: thus, the square watermelon mold meets the demand of Japanese households who want to minimize the size of the fruit in their refrigerator.

The blossoming of the agri-food industry has given rise to ersatz nature such as the disturbing egg bar and the latest cutting-edge research in biochemistry has led to the development of in vitro steak, also known as cultured meat, made from animal stem cells. 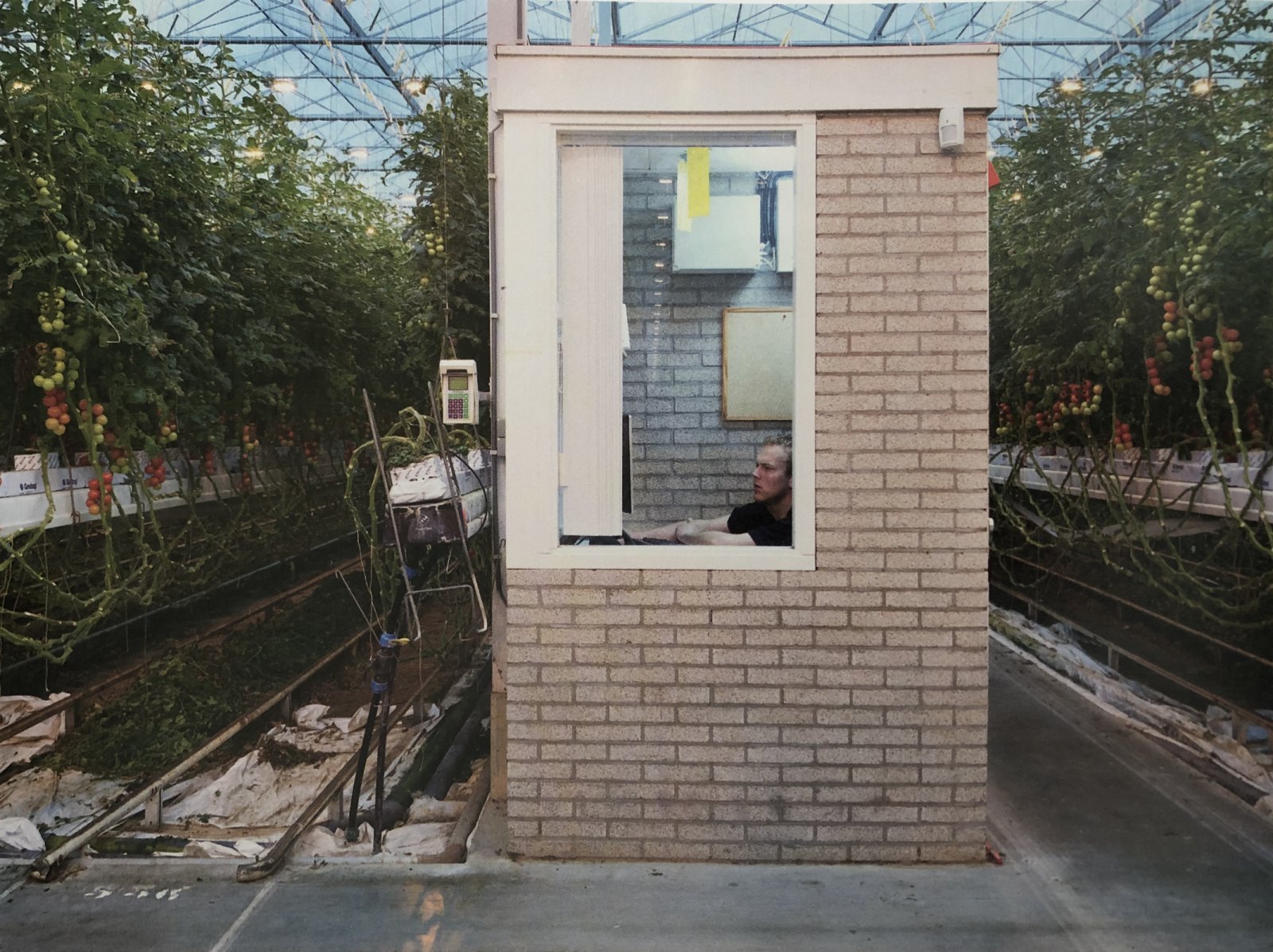 Office
Since a walk to the centrally located office in the greenhouse complex takes about six minutes, there is
a mini-office in the middle of each greenhouse. From here the managers monitor the climate conditions
and keep a record of staff performance. 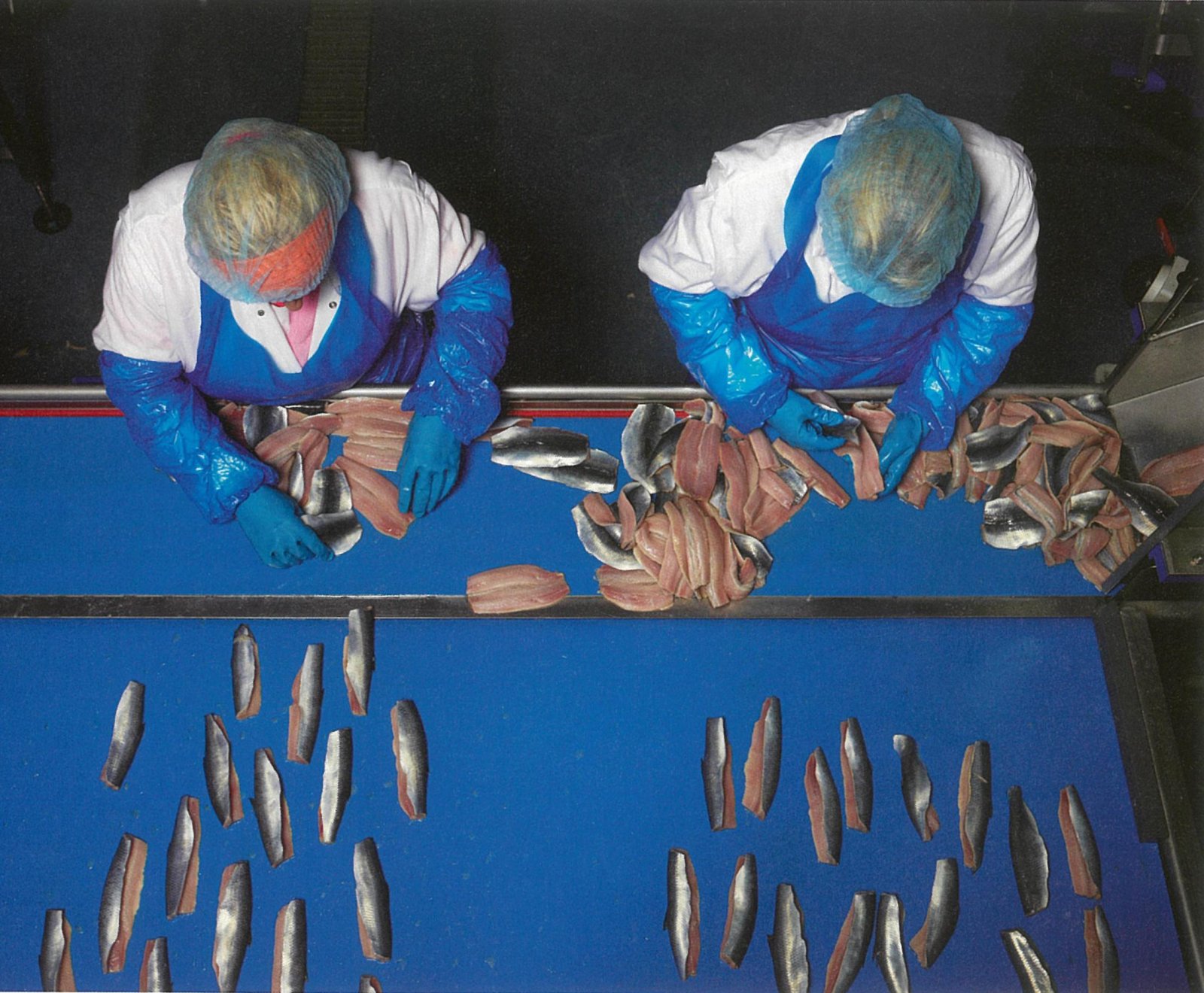 Preparing
Berthus-Dekker Seafood processes 1,000 tonnes of fresh and deep-frozen North Sea fish for export.
After half an hour the herring, frozen to an overall temperature of -20 degrees, is brought back out
on the conveyor belt. 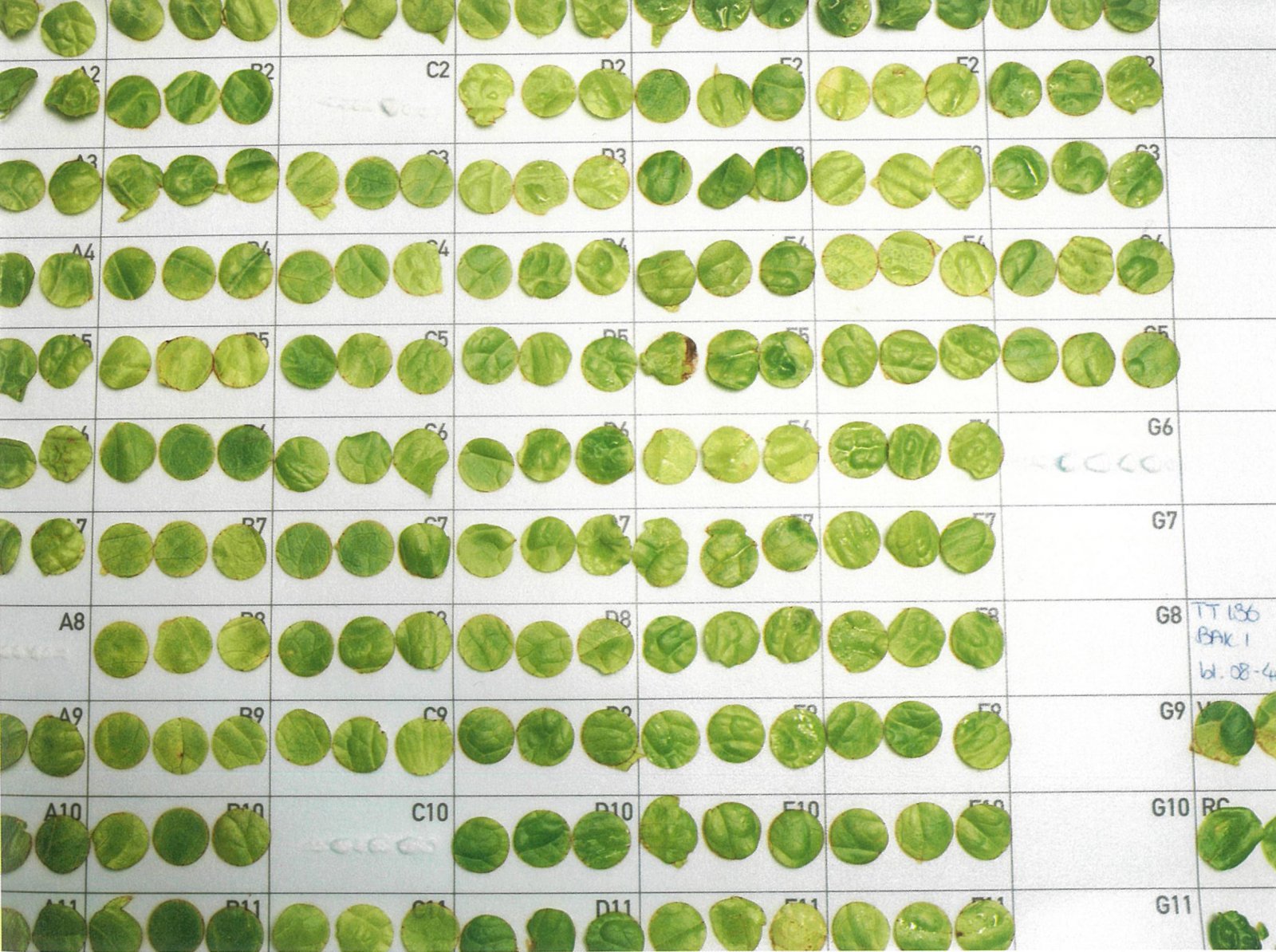 Characteristics
These leaf discs are called lettuce programs and are used to test the resistance of the lettuces to
Downy Mildew. From the results of these tests, breeders know which lettuce plants they can best
cross to develop new resistant varieties. 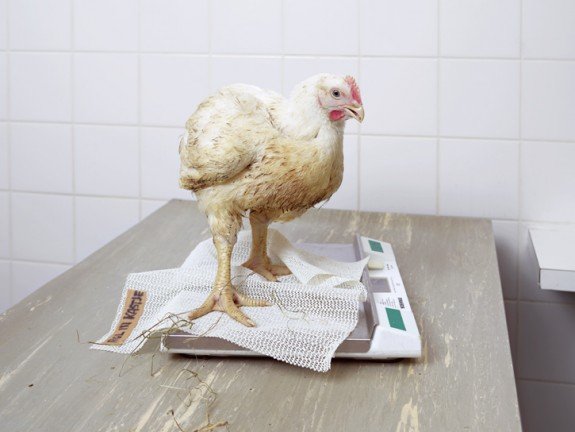 Examined
In 2012 the animal welfare organization Wekker Dier (‘Animal Awake’) launched a campaign against
industrially bred broiler chickens. The JA 957-type chickens of the organic broiler breeder Hubbard
take ten weeks to grow into a bird of 2.8 kilos and consume exactly 6.5 kilos of feed. The chicken in
the photograph is getting a health check from a vet at the request of Wakker Die. 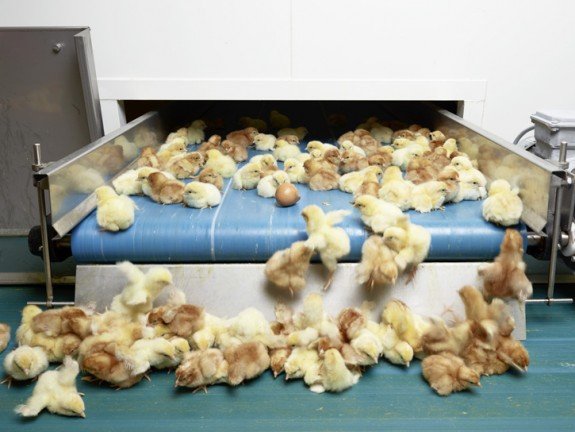 Semi-finished
With brown poultry it is possible to breed a variety that makes a visual distinction between a hen and
a cock. Using a conveyor belt, 20,000 brown and white chicks can be separated every hour. 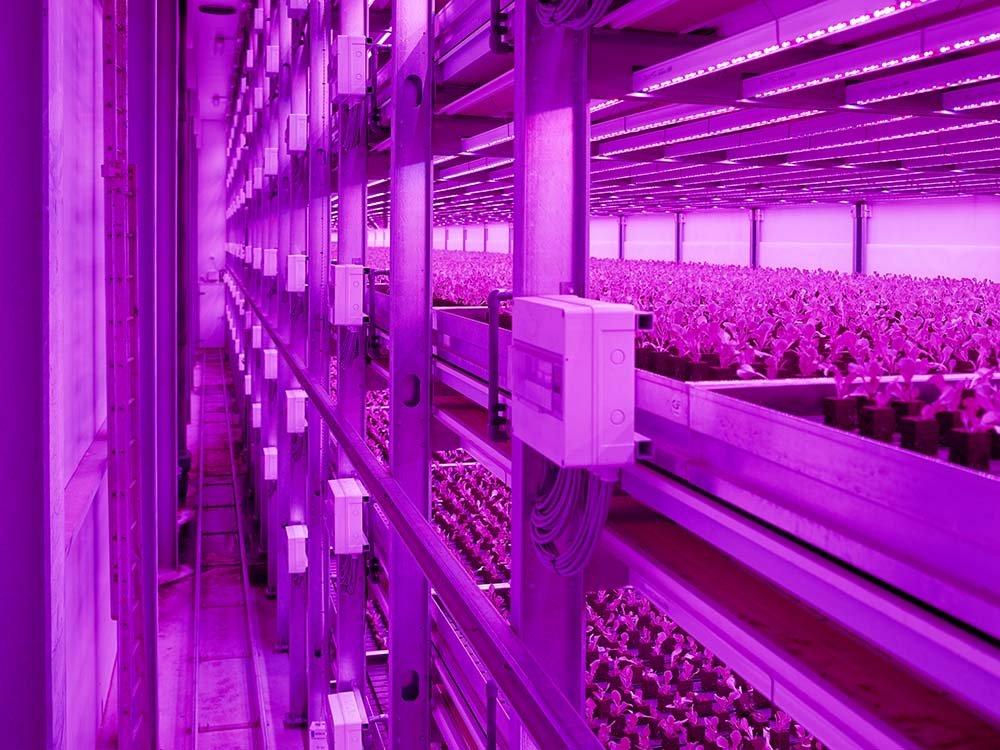 Spring
In 1997, Ruud van Schie of Nautilus made the change from regular greenhouse horticulture to organic
production. The company has 2.5 hectares for tomatoes and 5 hectares for sweet peppers.
Altogether, the Netherlands has 25 hectares of organic tomato production, most of which is
exported to Germany and the UK. 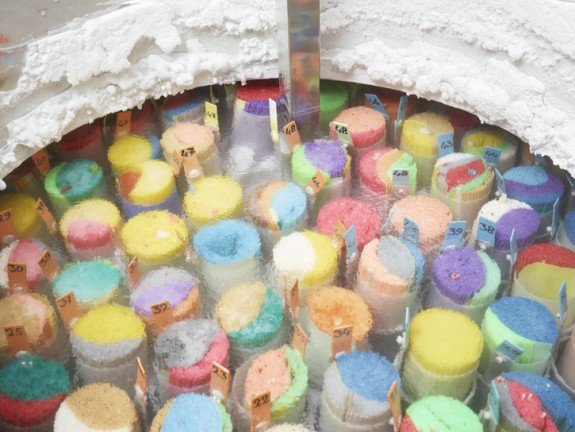 -196°C
A bull produces an average of 480 doses per approved ejaculation. Each such dose is collected in a
straw. Altogether, there are some 600,000 straws in a container. The color, together with a code,
name and date, makes each straw unique. 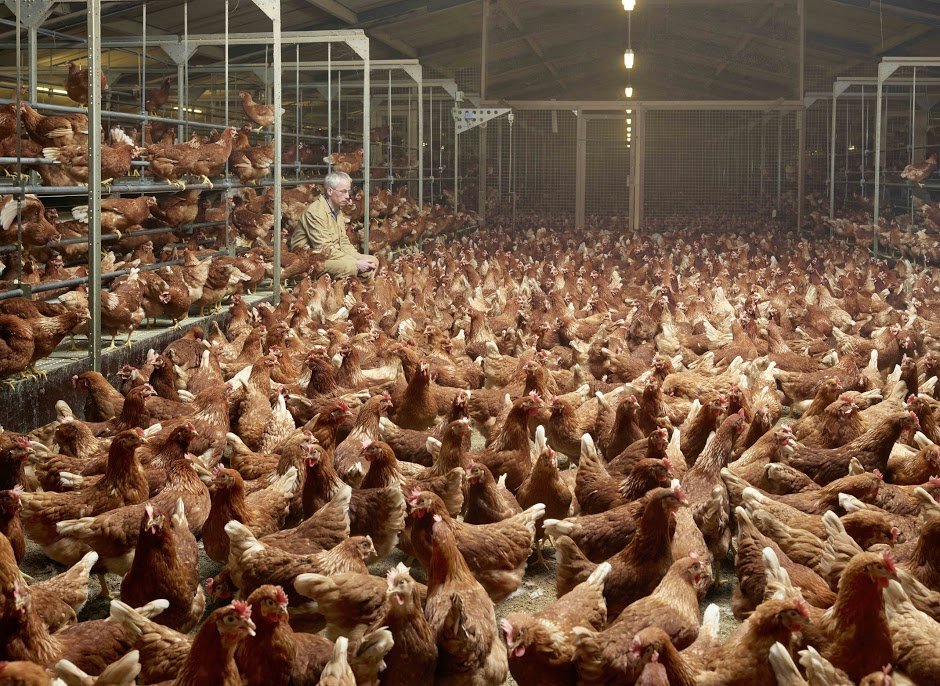 2,400 m2
Torsius has three barns containing a total of 120,000 laying hens. These produce about 100,000 eggs
a day, putting Torsius in the major league among hatcheries. The barns are minimally lit with special
high-frequency strip lighting so that the chickens are kept calm. 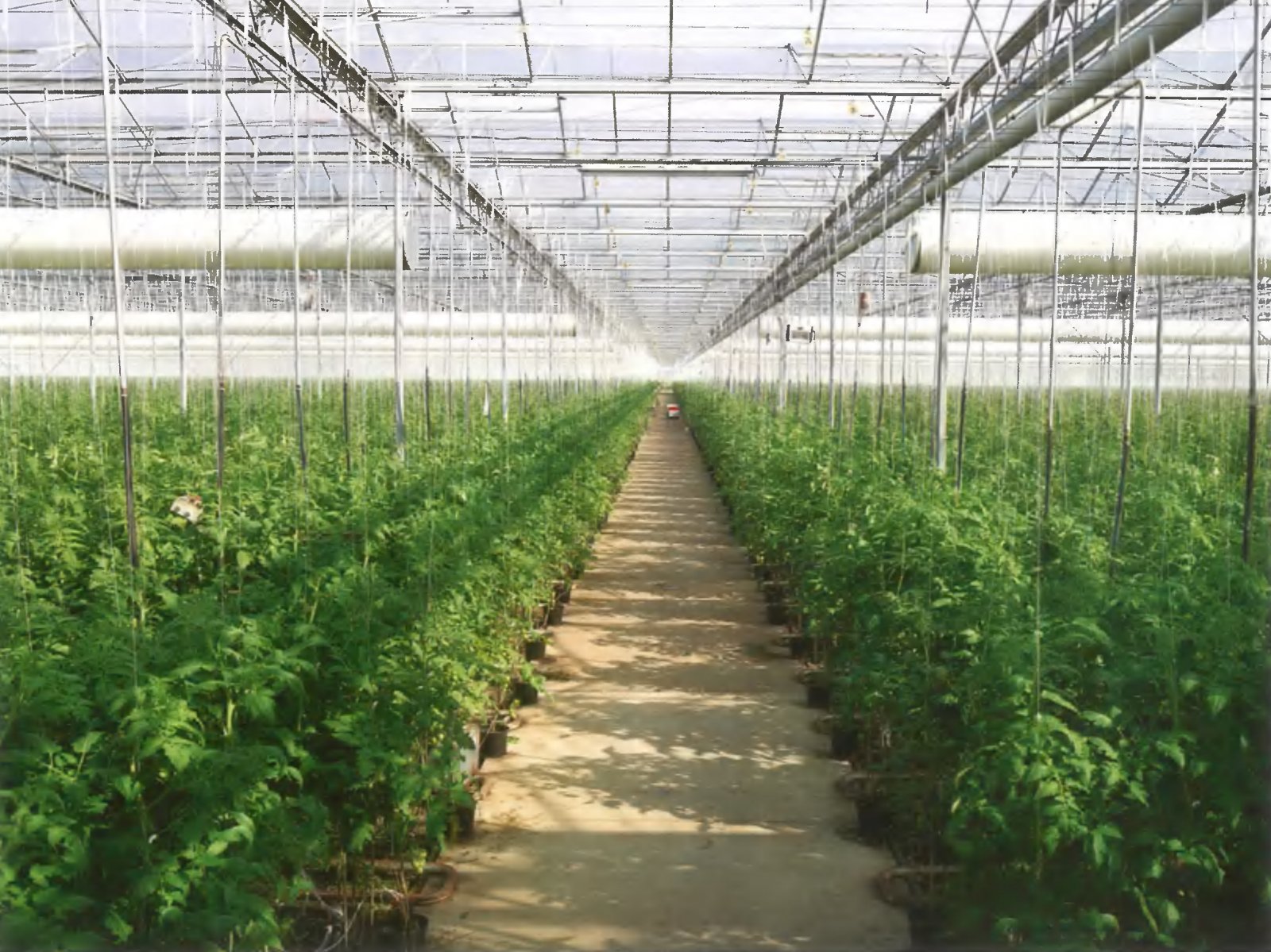 Cultivated
Since 2012, Deliscious has been using LED lighting technology in a climate chamber, the first green
lettuce cultivation compagny in the Netherlands to do so. The climate chambers are fitted out so that
the lettuces grow at an optimum speed in ideal conditions, with an efficient use of space and
independent of outdoor temperatures. 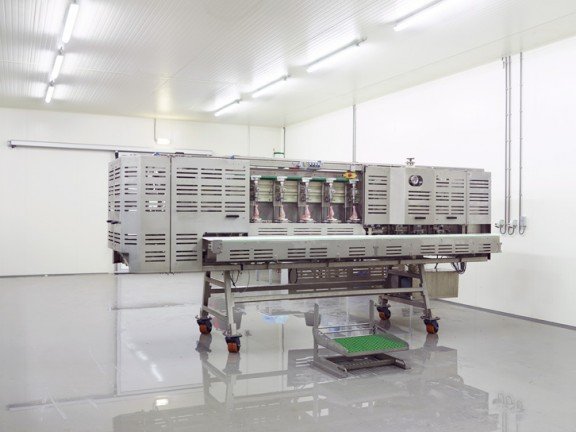 Prototype
Meyn is one of the world’s largest producers of poultry slaughtering and processing equipment. The
Meyn Whole Leg Deboner (WLD, here in a test setup) is a great success in the production of chicken
leg fillet.Every year 8.5 billion of the world’s 32 billion chickens are processed in equipment made by
Meyn. A key feature is that each machine is made so that it can accommodate every variation in leg
dimensions. As consumer preferences as regards the size and width of chicken legs varies geographically
the company has developed machines that are easy to adapt to these preferences.