Global warming and production-oriented agriculture have contributed to long-term soil degradation, especially in the driest regions of the globe. 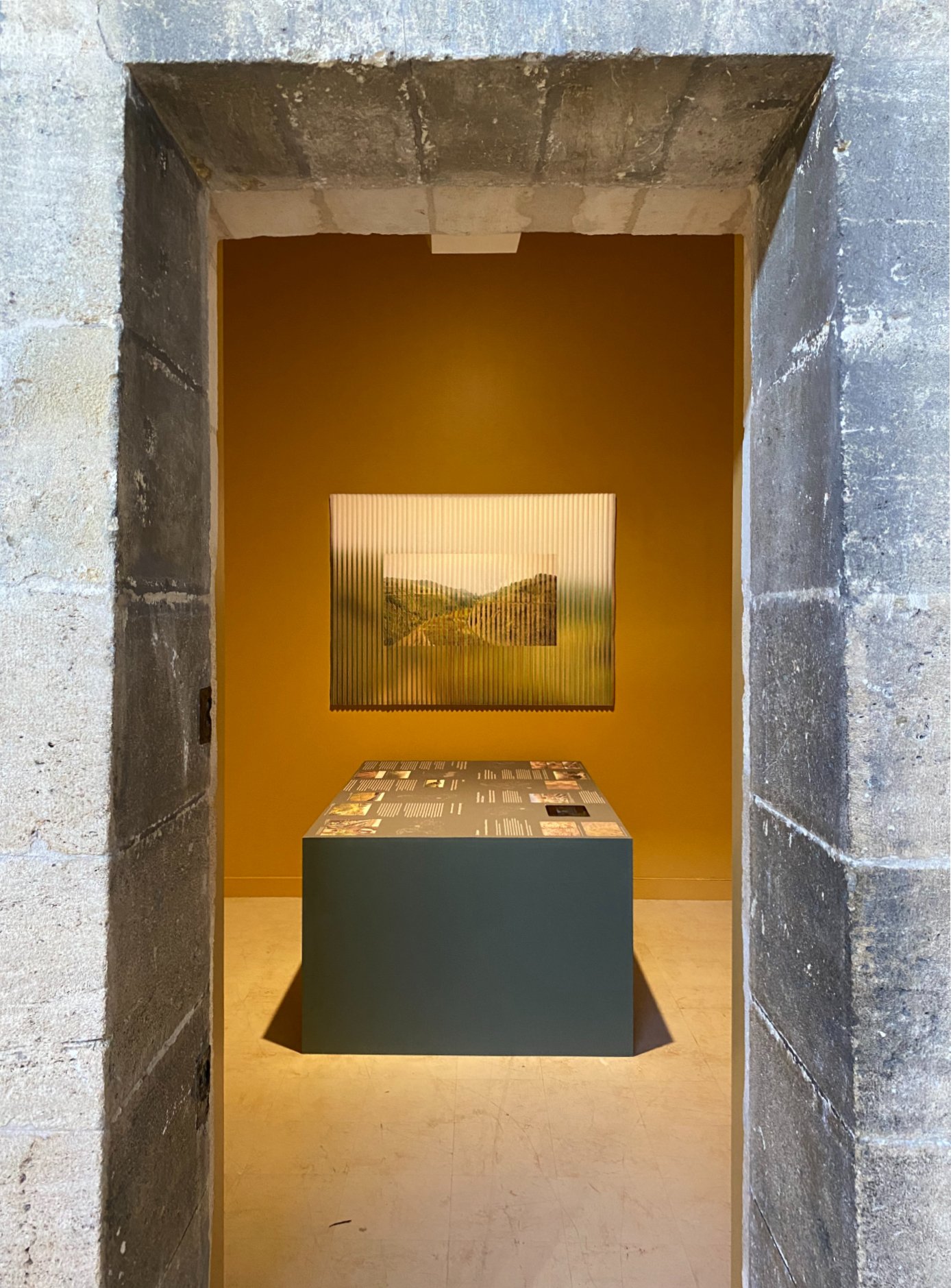 Soil regeneration, which many researchers have been tackling since the 1970s, covers a multitude of methods and techniques. They aim to restore the land's fertility, rebuild the humus, revive all the life that makes up the soil and contributes to its richness.

From Brazil to India, through the Great Green Wall (GGW) in Africa, Southern Spain and the Loess Plateau in China, huge-scale regeneration projects have come to life over the past thirty years with the support of governments, financial aid from NGOs and foundations and the expertise of soil specialists. These vast areas spanning several hundred hectares are a testament to the success of large-scale agroecological methods, which lies in close collaboration with the region's farmers to pass on the techniques: no-tillage, plant cover, the principles of permaculture and agroforestry, holistic farming, better water management and improved irrigation techniques.

Large-scale soil regeneration allows farmers to produce again, even in the poorest and driest regions of the world. It thus puts into perspective this redundant question: who will feed humanity?

Founded in 2014, the AlVelAl association groups 250 farmers, breeders, entrepreneurs, researchers and citizens, spread over around 630 000 ha. It aims at regenerating the landscape and soils and to contribute to the economic improvement and independence of the region in the long run. The design of the restoration project is based on the "4 returns" model theorized by the Commonland Foundation (return of inspiration, social capital, natural capital and financial capital). It focuses on three areas and is designed to last 20 years.

Through an experimental farm where comparative agroecological research is conducted, local communities are involved in learning regenerative techniques for the soil: creation of artificial wetlands (albarradas), planting of tens of thousands of trees of indigenous and resistant varieties to increase biodiversity, use of compost, plant cover and perennial varieties to limit soil exposure and increase its fertility. The development and marketing of local products contribute to the economic and social regeneration of the territory.

Aerial views of the cultivations, Chirivel, province of Almeria, 2018 and 2020  © Alvelal 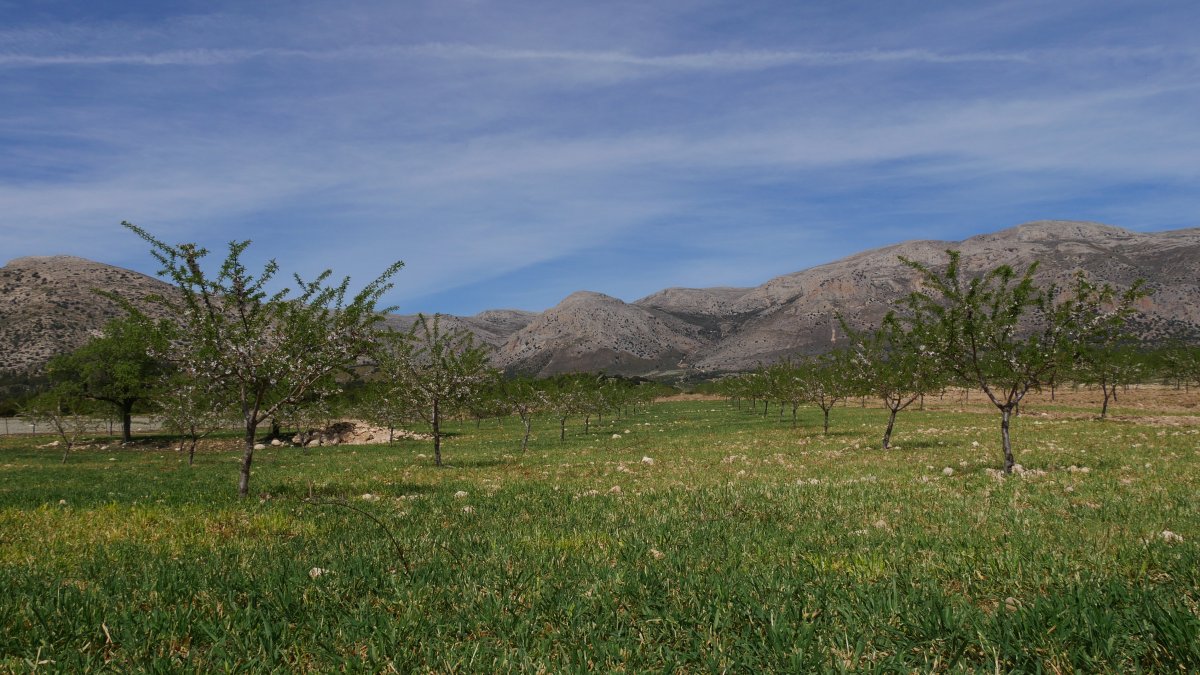 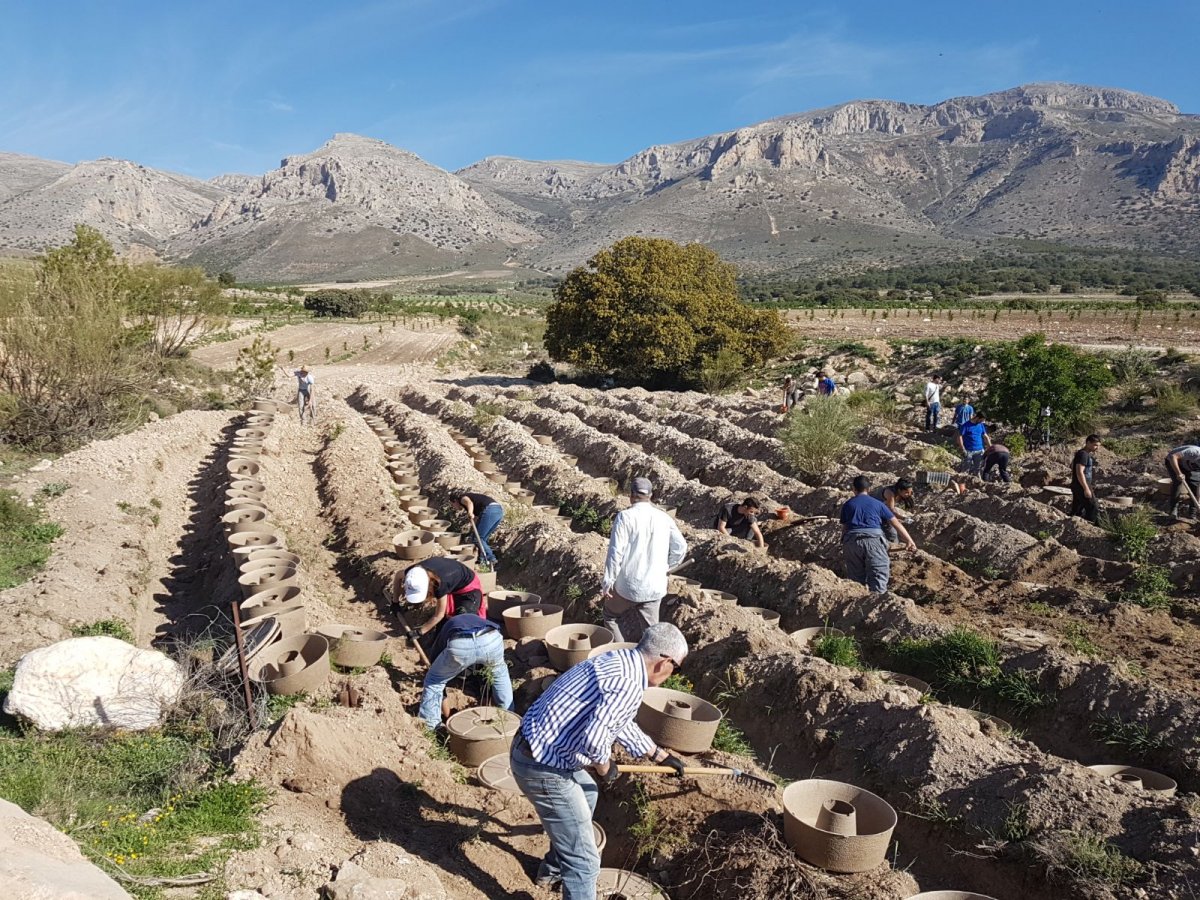 
Loess Plateau, China
Project initiated by local people and the Chinese Ministry of Water Resources, coordinated by John D. Liu and supported by the World Bank

A historically fertile area, the Chinese plateau has been gradually reduced to desertification by intensive agricultural practices and overexploitation of natural resources. As a result, water cycles have been disrupted, leading to drought, dust storms, flooding and consequently lower agricultural yields, poverty and food insecurity.

Between 1995 and 2009, a team of Chinese and international experts was assembled to map the region and differentiate between areas of agricultural use and areas to be preserved for their ecological function in the ecosystem. Funded by the Chinese government and the World Bank, the program aimed to reforest the region, restore a healthy water cycle and improve the living conditions of the farmers. Paid to contribute to this work, farmers were also involved and trained in sustainable agricultural techniques.

Thanks to the construction of terraces and small dikes capturing rainwater, the sedimentation of the Yellow River is controlled, and new cultivable areas have been created on the plateau. Massive reforestation has also helped to improve the soil structure and restore its fertility.

Unrecognizable as a vast green paradise, the Loess Plateau is now recognized as a model of regeneration and erosion control. 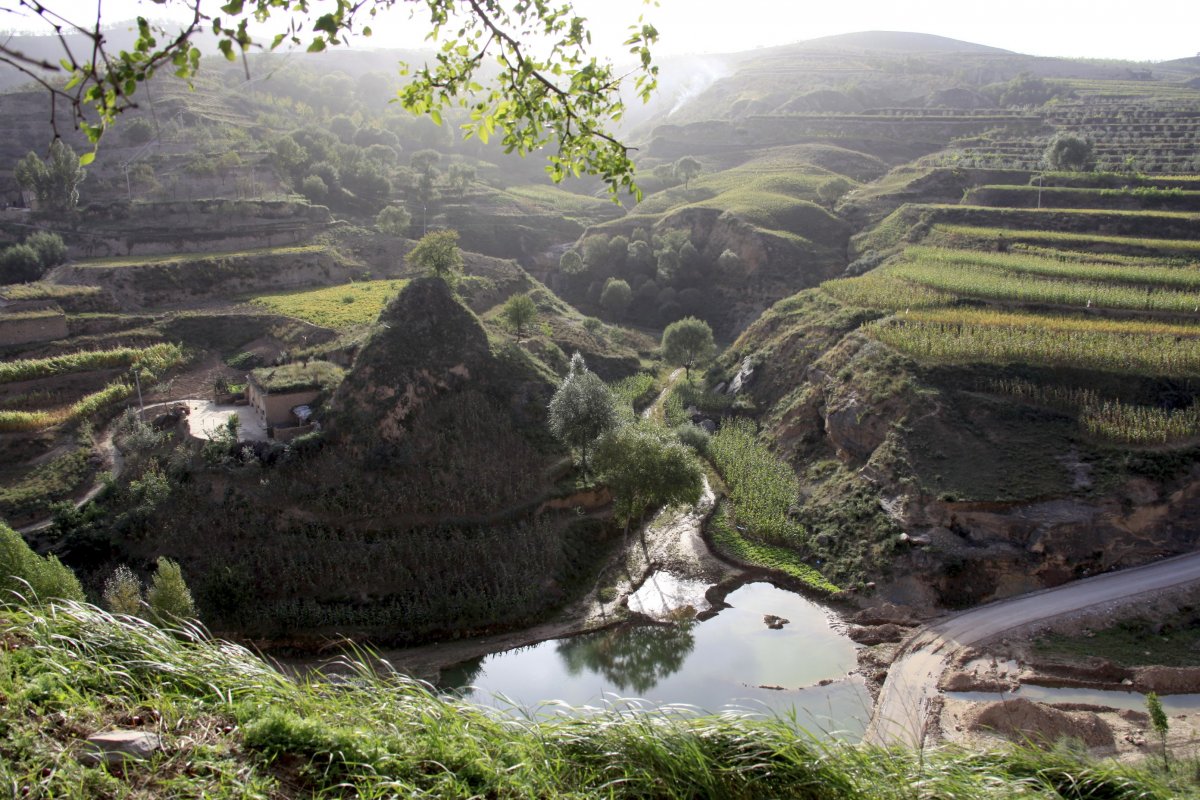 Lessons of the Loess Plateau


Sowing, plantation and terrace creation in collaboration with the farmers of the
Loess Plateau © The Lessons of the Loess Plateau, John D. Liu

Initiated in 2007, the Great Green Wall consists in the creation of a 7000 km long, along the Sahel, and around 15 km large, vegetal barrier. The goal is to regenerate one hundred million hectares of land by implementing integrated ecosystem management.

Because of its geographical particularity, the project aims to alleviate the security and humanitarian crises of the countries in the region, which are among the poorest. The colossal budgets invested by the countries and many international organizations should allow the deployment of many innovative techniques.

The planting of endemic species, adapted to the characteristics of the land, aims to sequester carbon dioxide in the long term and prevent soil erosion. For example, casuarina equisetifolia is intended for white dunes while eucalyptus camaldulensis is better adapted to yellow dunes, sheltered from the wind. Fruit species such as the date palm are also chosen to contribute to the nutritional balance of the populations and to fight against poverty.

Depending on the country, exposed soils are covered with mulch and micro-basins (zaï) are dug. The organic debris placed in these basins attracts termites, which dig galleries that they line with their excrement. This technique improves the fertility of the soil and contributes to its aeration. During the rainy season, these holes allow runoff water to be collected and sorghum, millet or any other plant adapted to the climatic conditions to be sown.

The Great Green Wall project, however, faces real difficulties due to the uneven involvement of countries, unfulfilled commitments, and political and financial issues that hinder overall effectiveness. The project was recently revived at the One Planet Summit held in Paris on January 11, 2021. 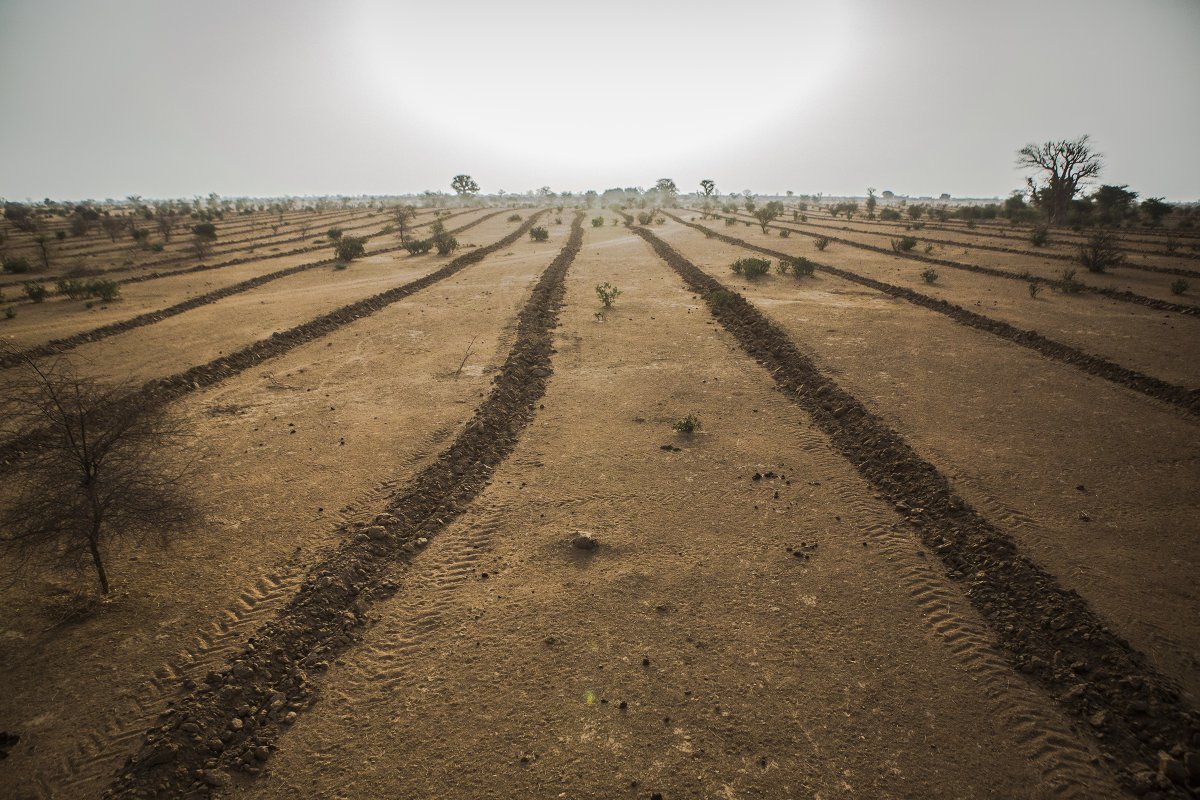 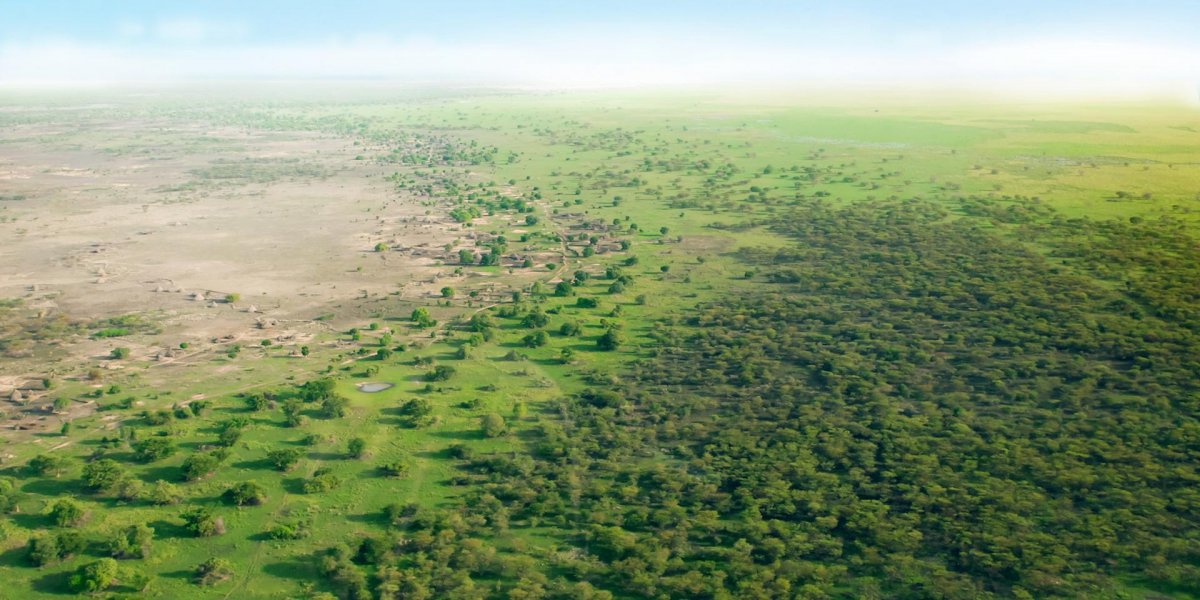 Influenced by the principles of Natural Farming brought to India by Bhashar Save, the state of Andhra Pradesh has launched an ambitious policy to encourage organic farming. By 2024, 100% of the crops managed by some six million farmers should be converted. To address the plight of farmers and end their dependence on loans, zero budget natural farming is being advocated (ZBNF program, launched in 2016). This form of farming covers a set of natural and easily replicable methods that involve eliminating the expenditure of chemical inputs and achieving better yields. The use of biofertilizers, installation of permanent ground cover and reduced tillage contribute to better water retention and increased biodiversity.

The methods implemented will help secure crops throughout the seasons, facilitate access to clean water, provide food for livestock, and help reduce chemical-induced illnesses, especially in children. Supported by the Food and Agriculture Organization of the United Nations (FAO), the program has already been joined by 700,000 farmers and agricultural workers, who are now out of debt. 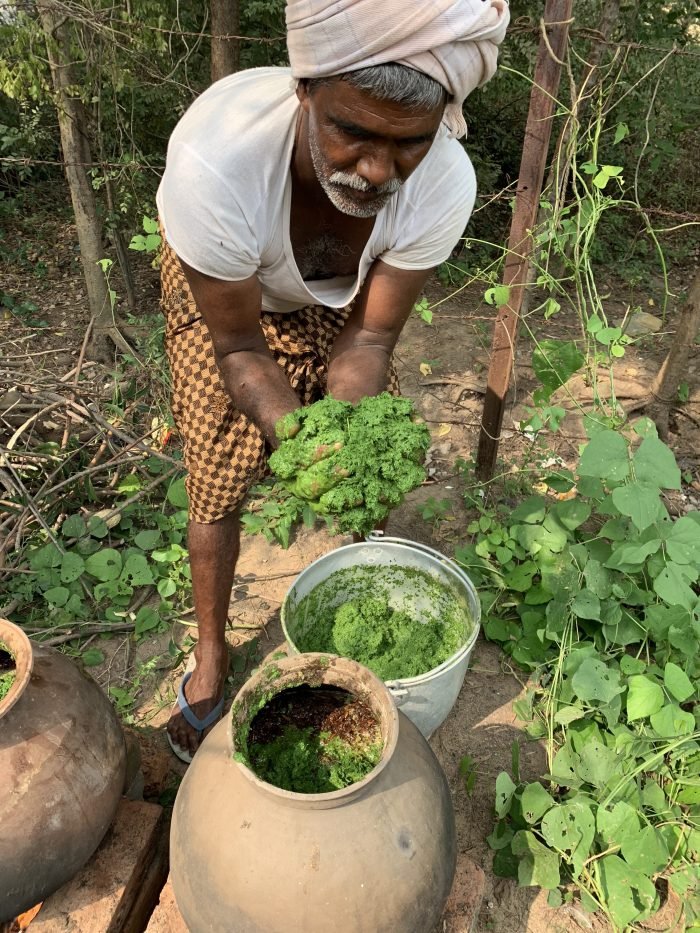 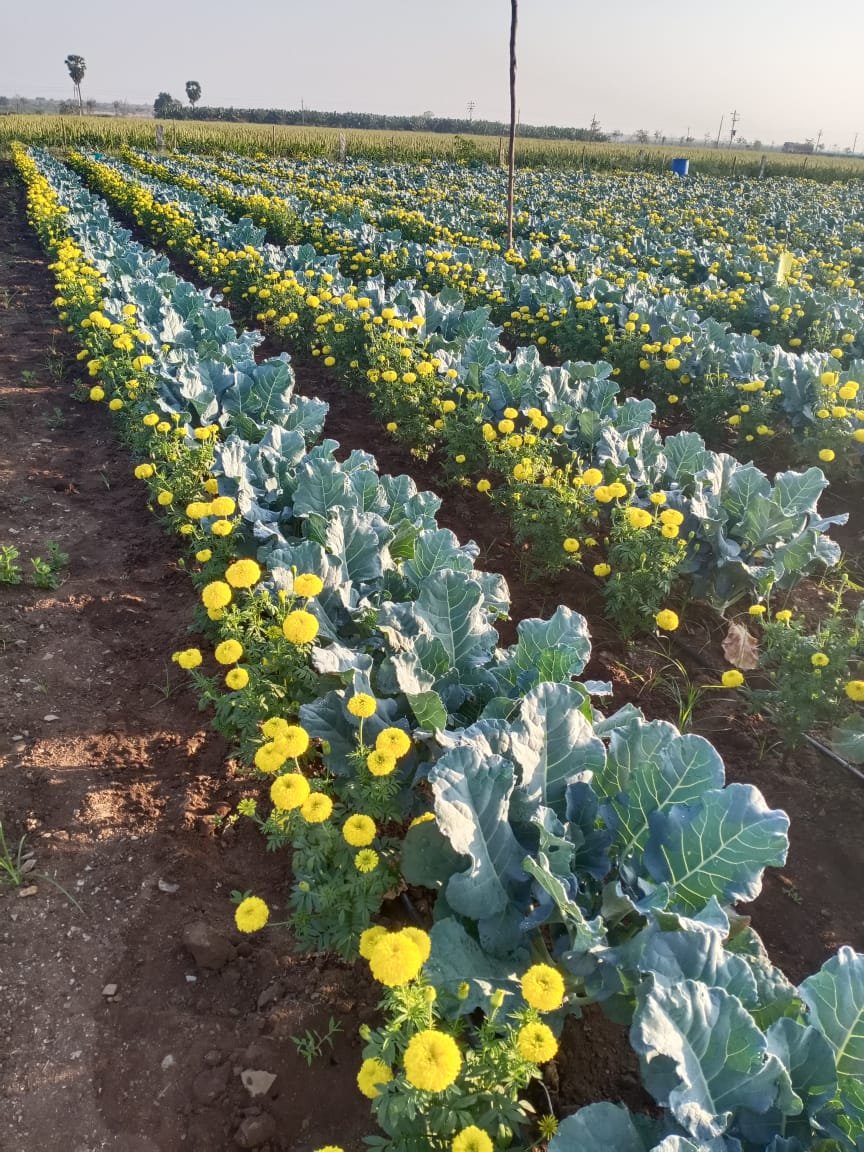 From 1977, Lucien Séguy, French agronomist, specialist of the tropical environments, initiates researches in Brazil within the framework of CIRAD (Centre for International Cooperation in Agricultural Research and for the Sustainable Development of Tropical and Mediterranean Regions). The stakes are to replicate the agricultural technique of direct seeding, born in the United States in the 1940’s in the geographical singularities of the South to find new sustainable alternatives to conventional agriculture.

Direct seeding is a system based on no-tillage, a permanent soil cover and crop rotations. The no-till farming method allows to keep the clay-humus aggregates that fertilize the soil. The vegetation covers are the source of soil nutrition in carbon, nitrogen and phosphorus. They aim to protect the soil from erosion caused by tropical rains and to enrich the surface layer with minerals. Finally, crop rotations compensate for the disadvantages of intensive monocultures, limiting the proliferation of diseases and pests.

Lucien Séguy also seeks to make cultivated ecosystems function like a tropical forest ecosystem. Like a recycling pump, large quantities of living and dead biomass are retained and reused in the system, thus regenerating soil fertility.

At the end of a few years of studying and with the help of producers, direct seeding techniques and crop succession have been developing to green millions of hectares in southern Brazil. 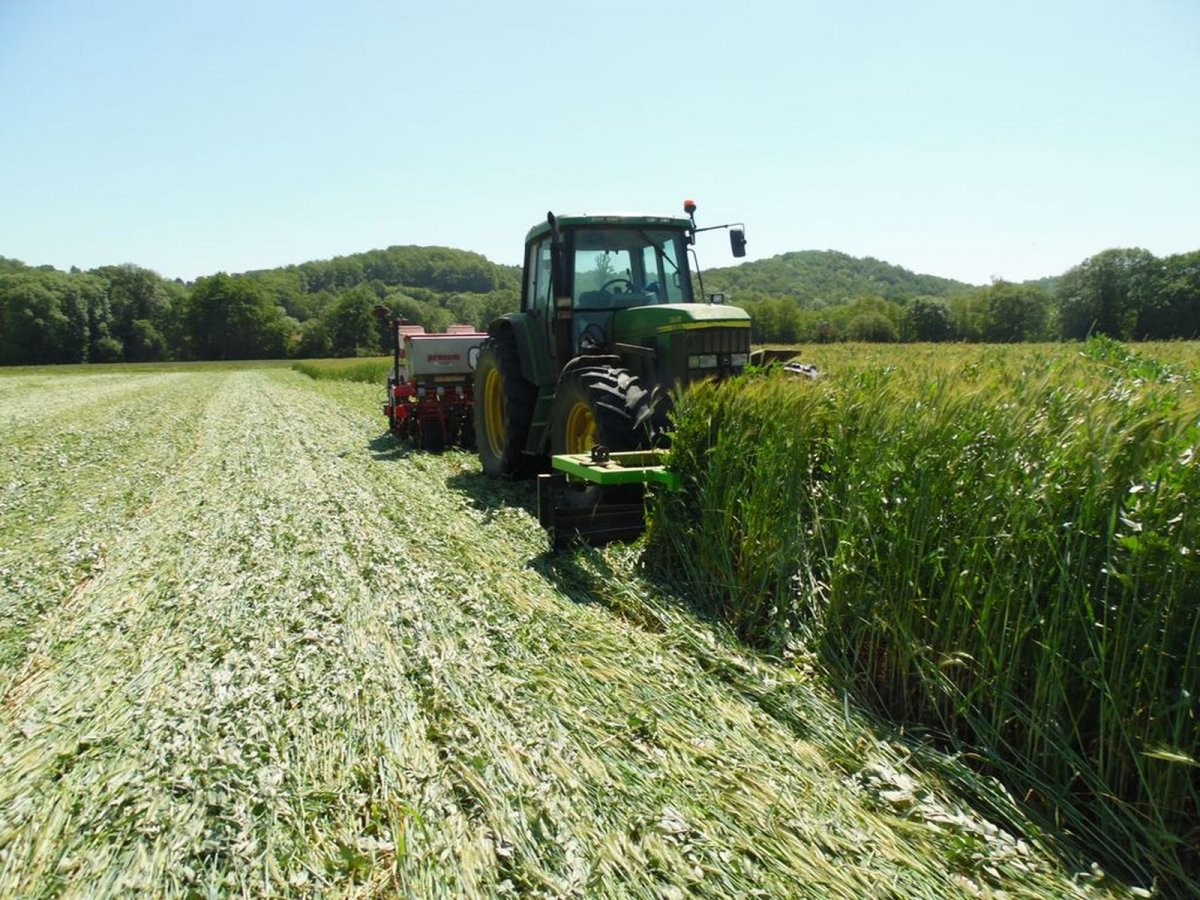 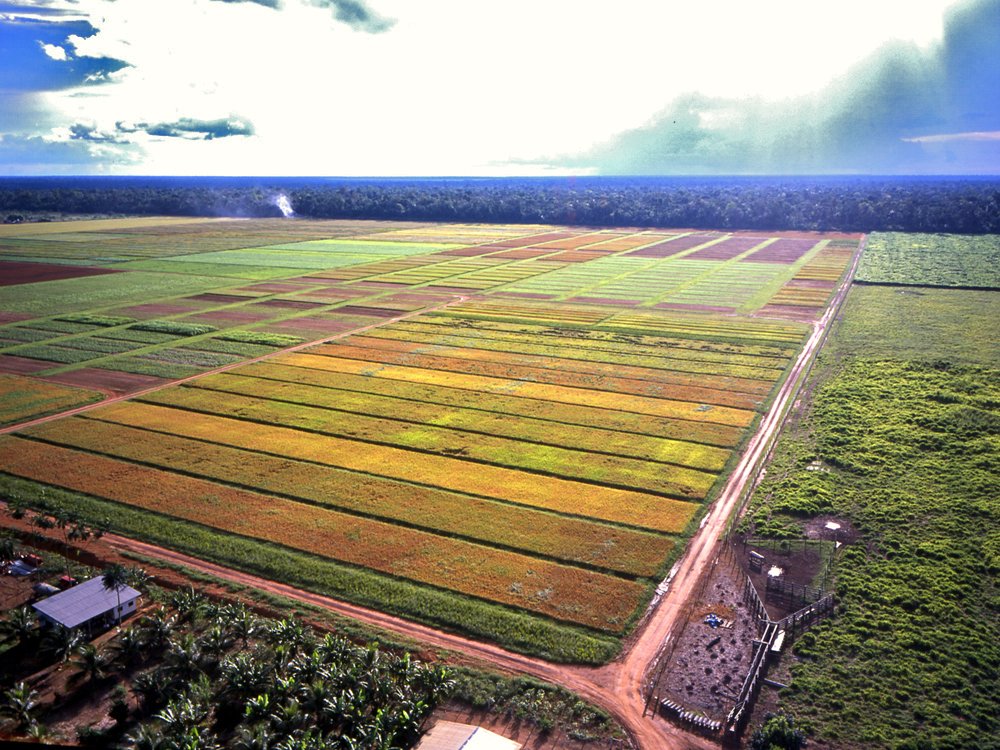 In 2009, Zimbabwean biologist and ecologist Allan Savory theorizes the holistic management and contributes to its diffusion.

Holistic management consists in adapting planification techniques to biological needs. Thus, livestock grazing is planned: the trampling of herds of animals, whose numbers are increased, should mimic the "natural" movements of wild animals threatened by predators. This method, which prevents over-grazing allows a periodic trampling of the soil which allows it to regenerate between grazing phase and to improve the carbon storage process.

In 2018, there were nearly 8,000 people trained in its principles, representing nearly 10 million hectares involved. 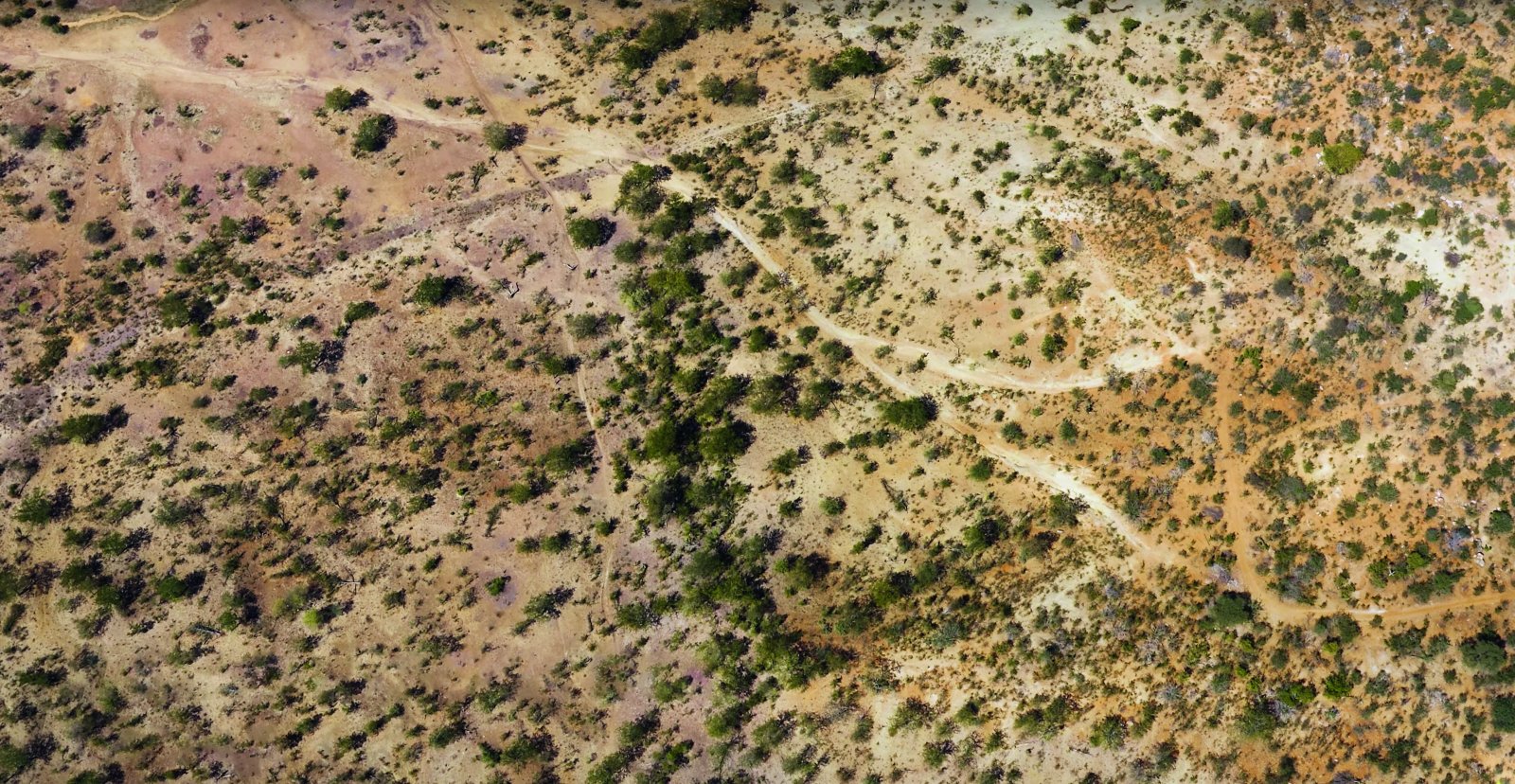 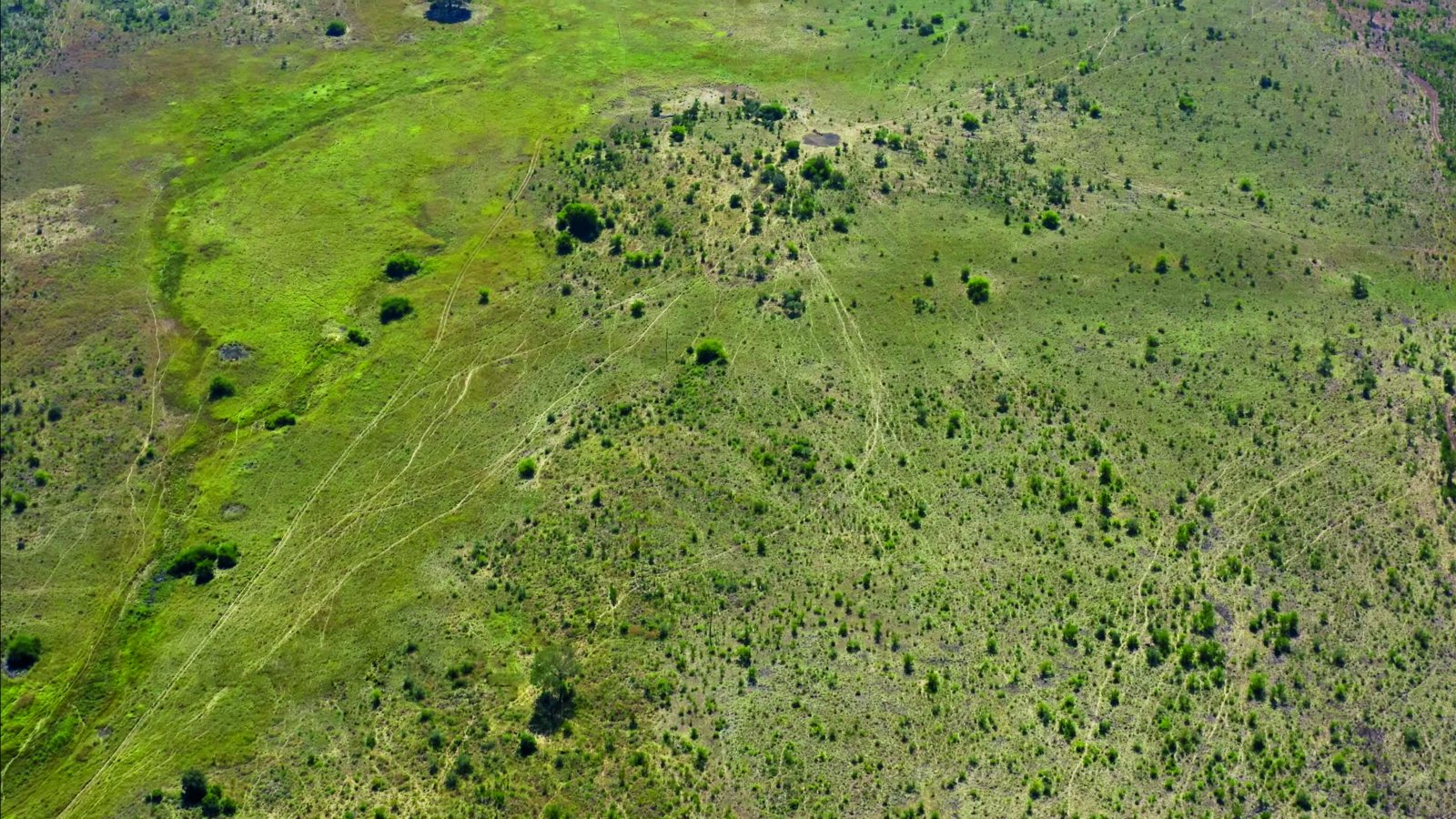