The name of Ernst Götsch’s farm refers to the 14 or so springs that the Swiss researcher and farmer has found on the estate since he moved there in the early 1980s. At the time, the ground was in an advanced state of degradation and earmarked for real estate projects. In the space of a year, Ernst planted cocoa and banana trees and a host of other species over 500 hectares. Ten years later, researchers at the Brazilian Institute for the Environment were surprised to discover aerial views of the region showing a dense forest harboring productive crops. Ernst has adopted the term “syntropic farming or “successional agroforestry” to define his method, which consists in restoring the soil's fertility, reintroducing the water cycle and contributing to the virtuous functioning of ecosystems. This method starts from the premise that all species, both plants and animals, are part of the same organism that functions according to a cooperative rationale. Ernst Götsch's approach consists in encouraging natural processes.

We will never see Ernst Götsch without his Bowie knife and his machete: one of the bases of successional agroforestry is pruning trees, which creates a significant flow of ligneous organic matter towards the soil to help its regeneration.

“Pruning makes the plant increase its root activity, changing its mycorrhiza. One of the consequences of this new metabolism is the production of gibberellic acid, which induces plants to grow. New growth strengthens its symbiotic relationships with bacteria and fungi, resulting in nutrient production. This process fertilises the field. Pruning has a third effect on plants. The photosynthesis rate of pruned plants is higher than non-pruned ones, more photosynthesis means more sequestered carbon and it also means that more sunlight is being used, cooling the environment, which means more water.” 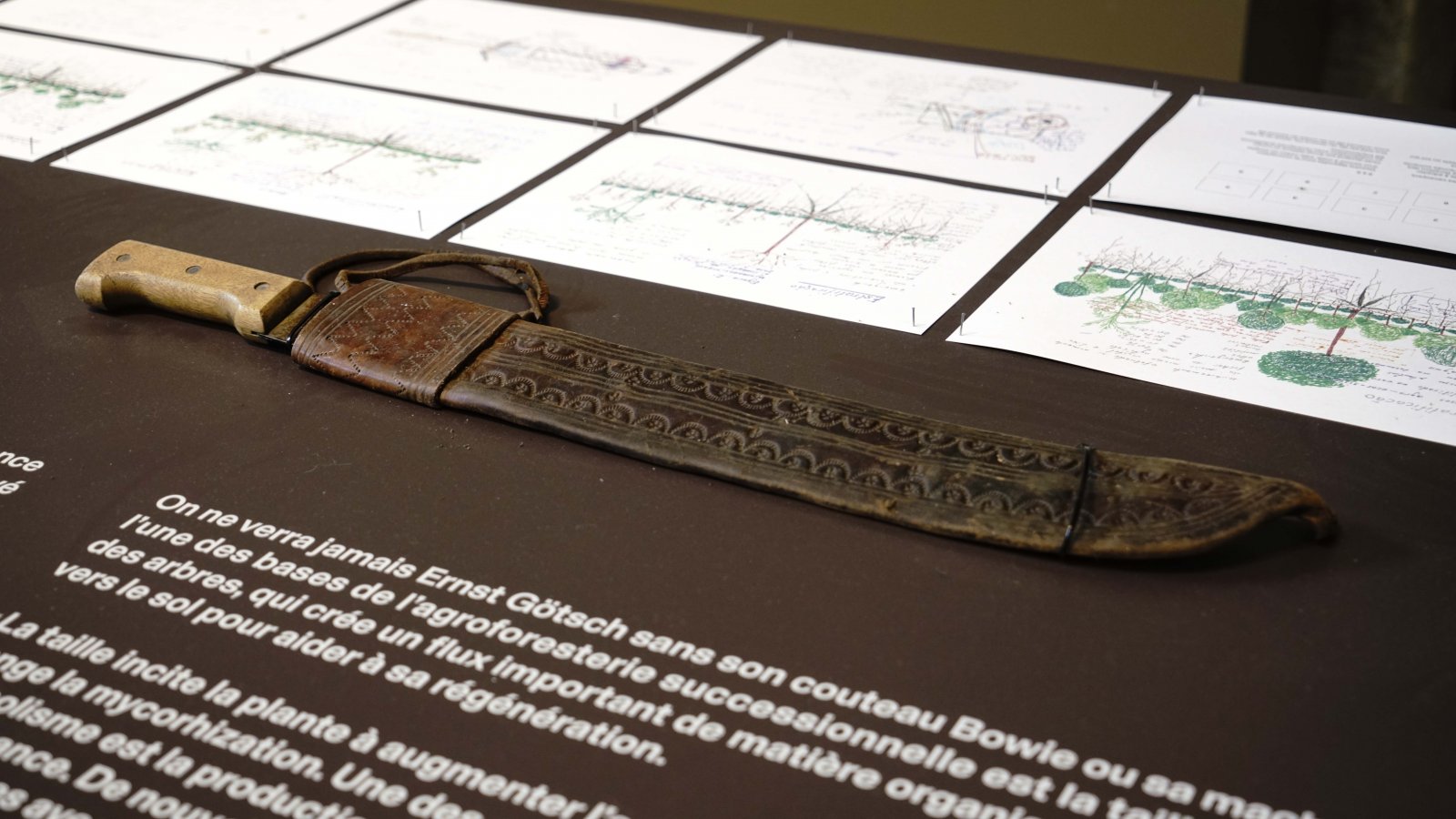 View of the exhibition © madd-bordeaux 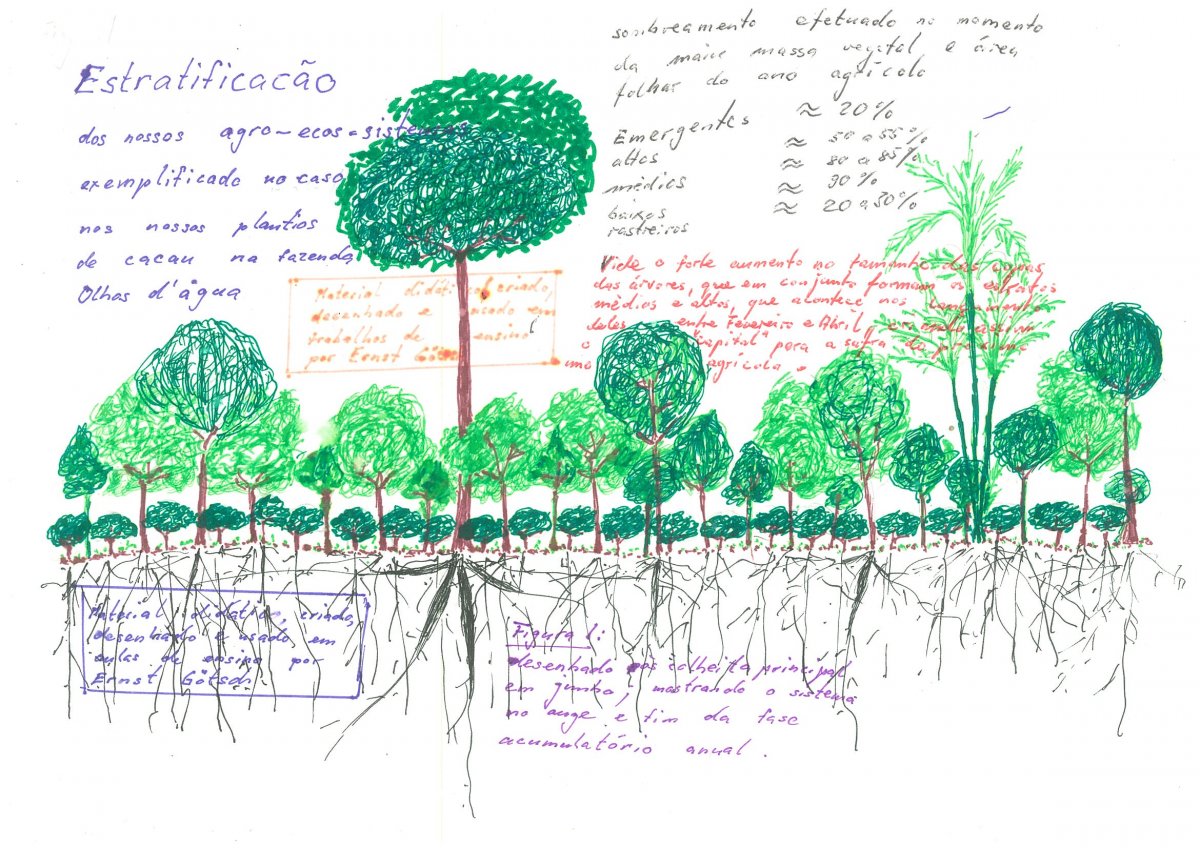 1. Drawing showing the cover of the cacao trees after the main cacao harvest in June 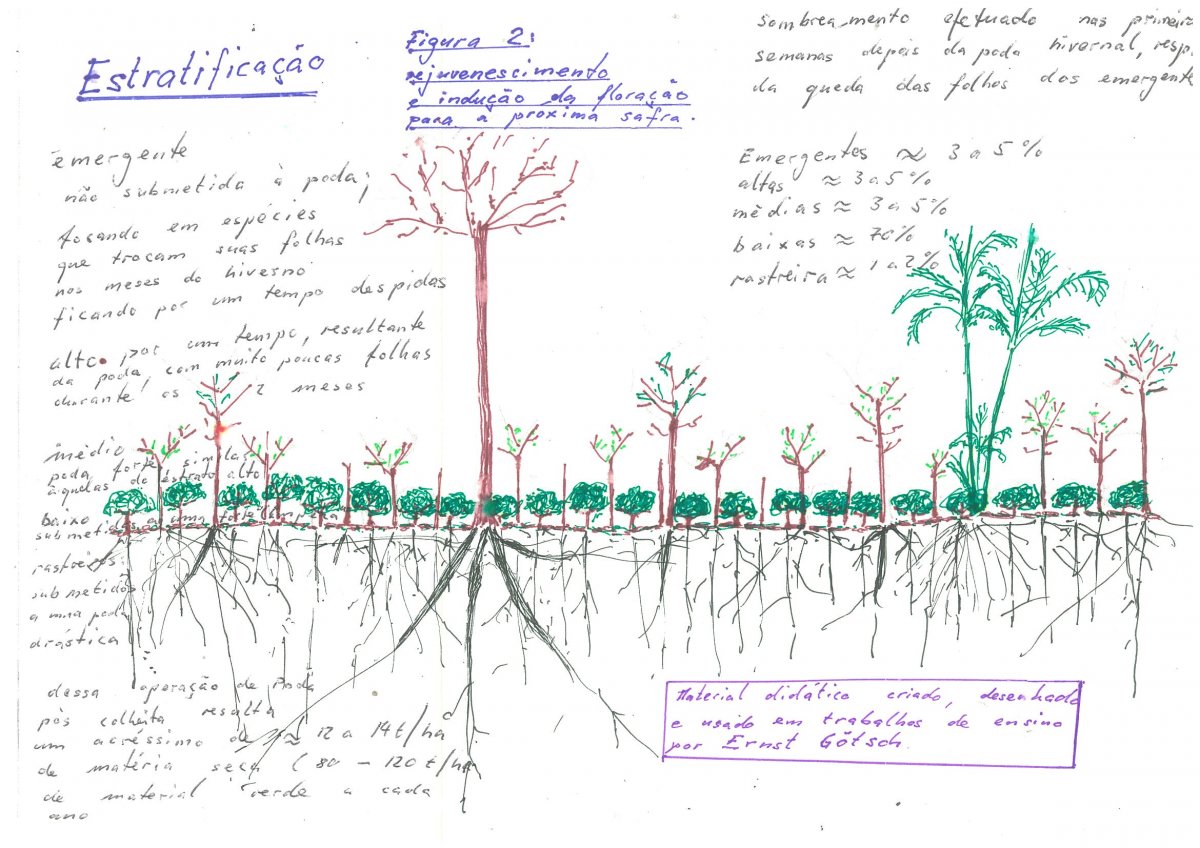 2. Drawing showing the shade of the cacao trees during the first weeks after the winter pruning and the leaf fall 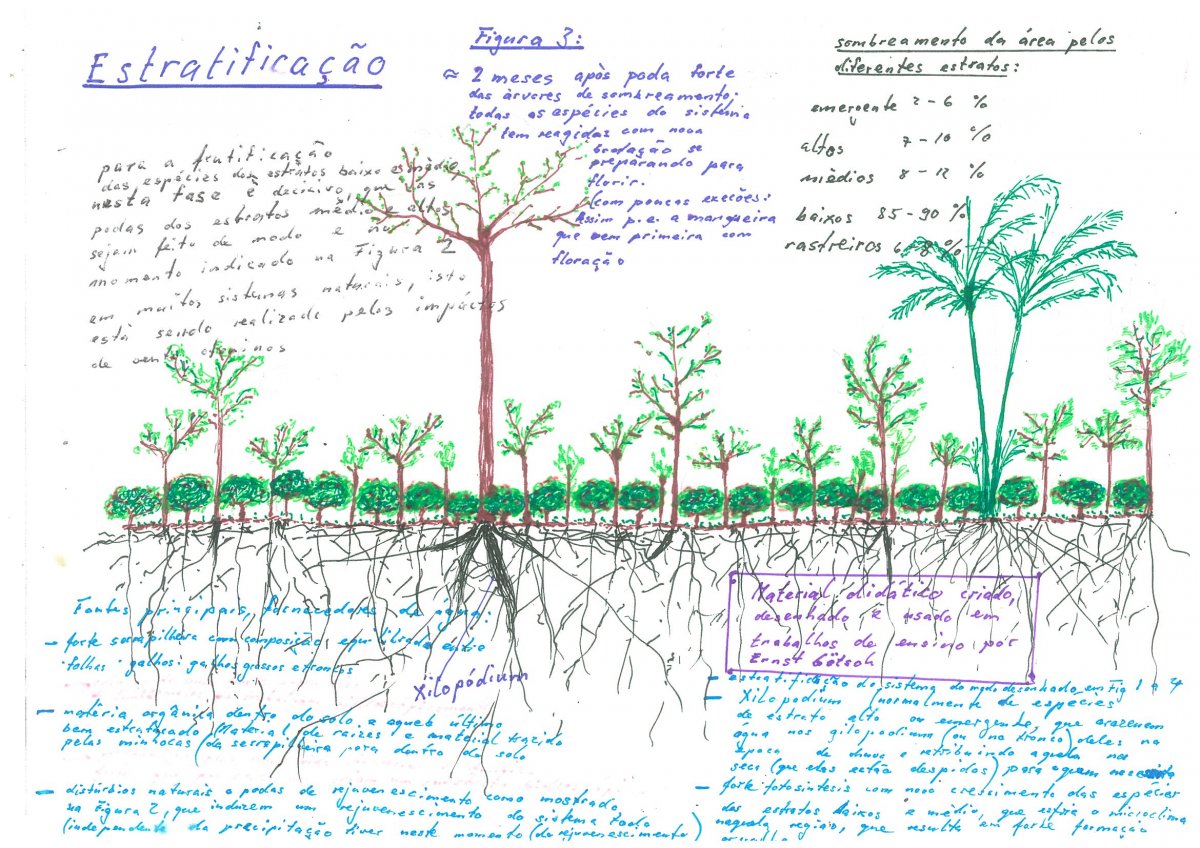 3. Drawing showing the shade of the cacao trees about two months after a large pruning of the shade trees. 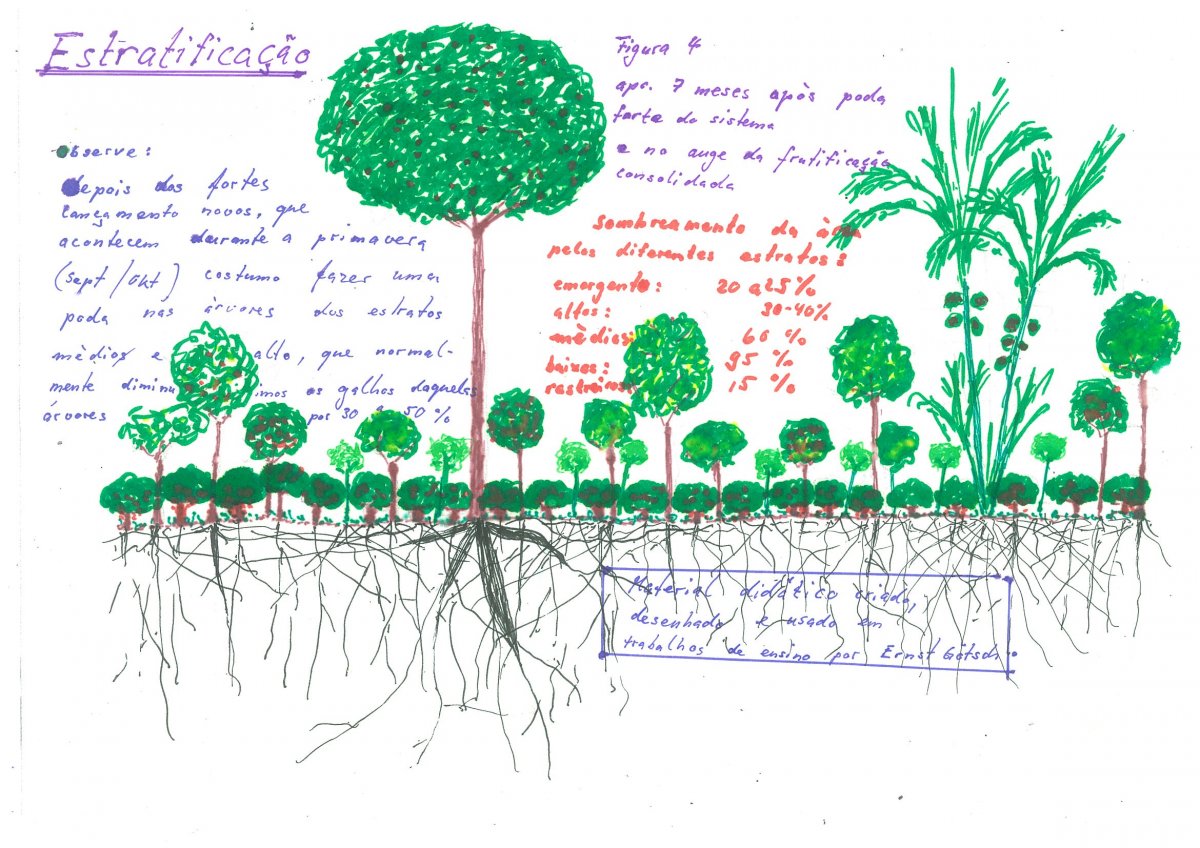 4. Drawing showing the shade of the cacao trees about seven months after a large pruning of the system and at the height of the fructification 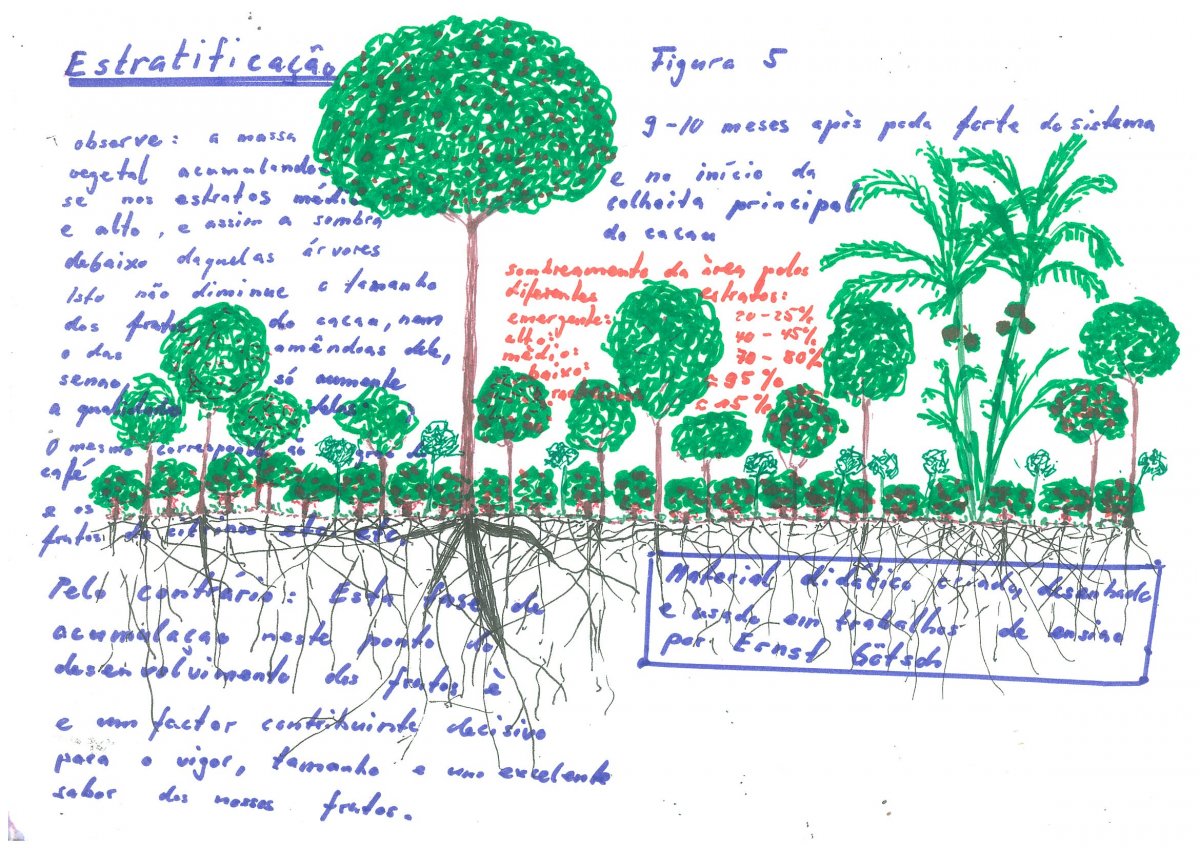 5. Drawing showing the shade of the cacao trees nine to ten months after the large pruning of the system and at the beginning of the main cacao harvest

Captioned drawings for the design of a corn, soya beans, cotton or sorghum seeder. Tool designed by Ernst Götsch and conceived in collaboration with the Brazilian company SR Implementos 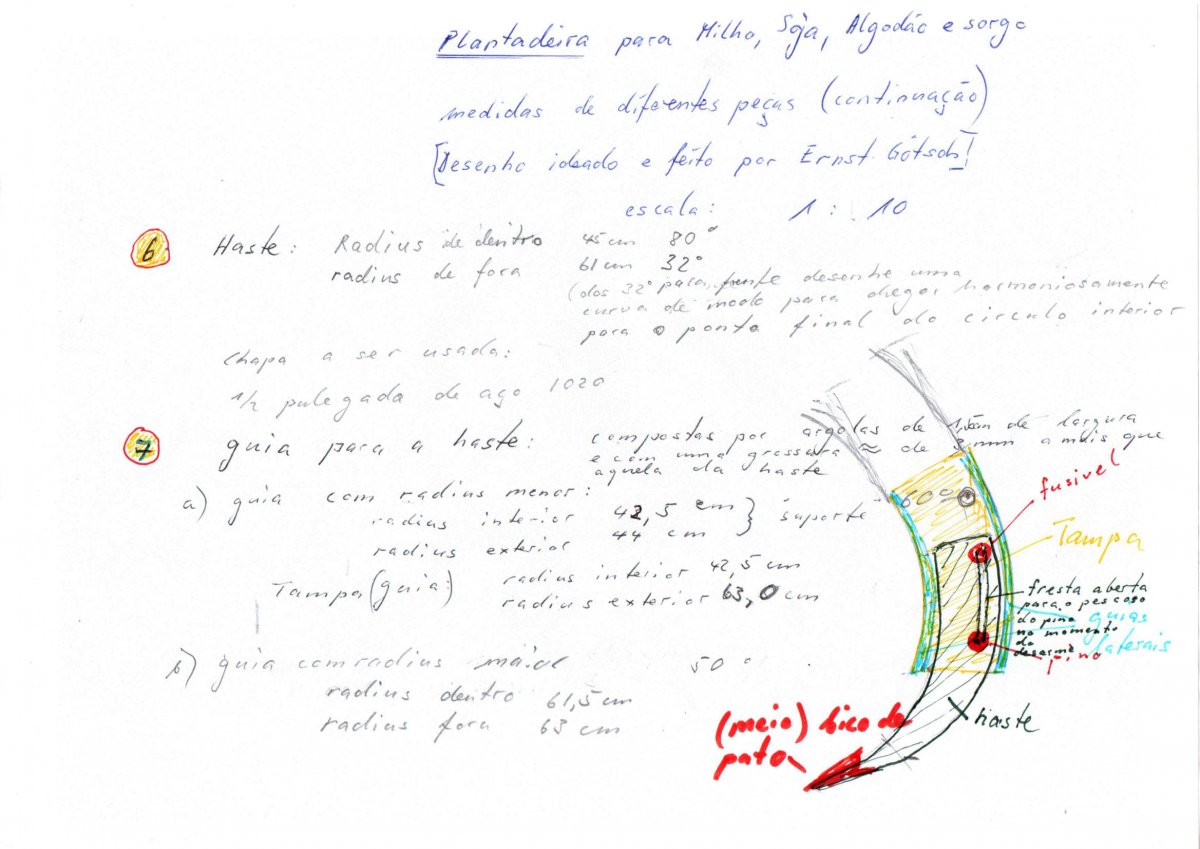 Detail of the subsoiler rod of the seeder 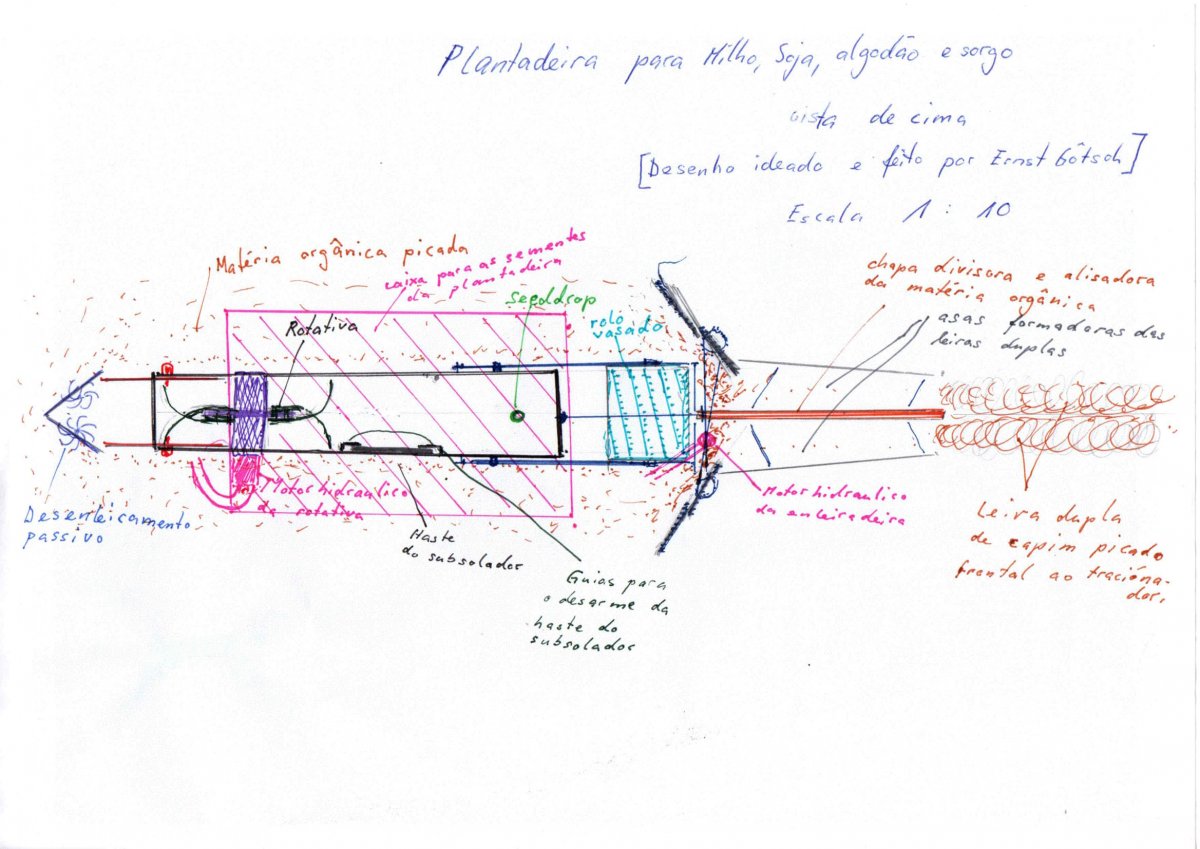 Overhead view of the seeder 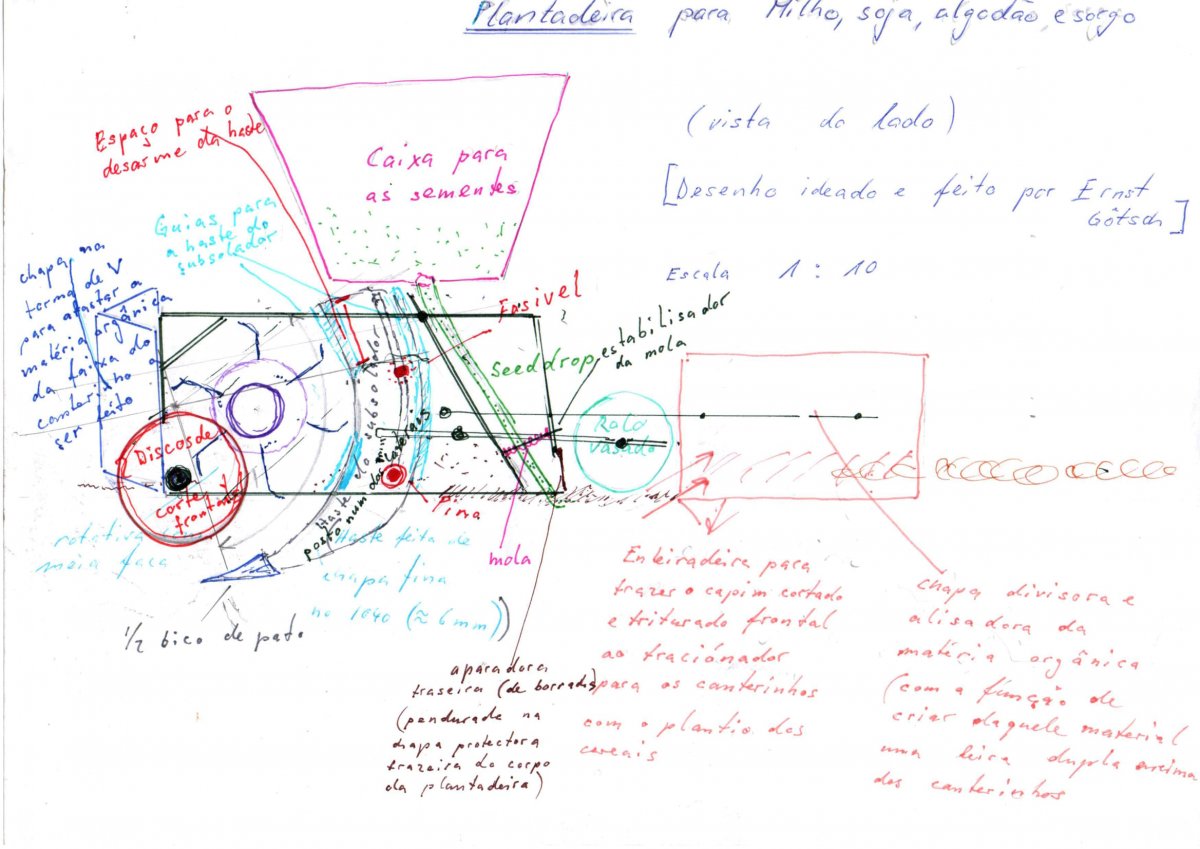 Side view of the seeder 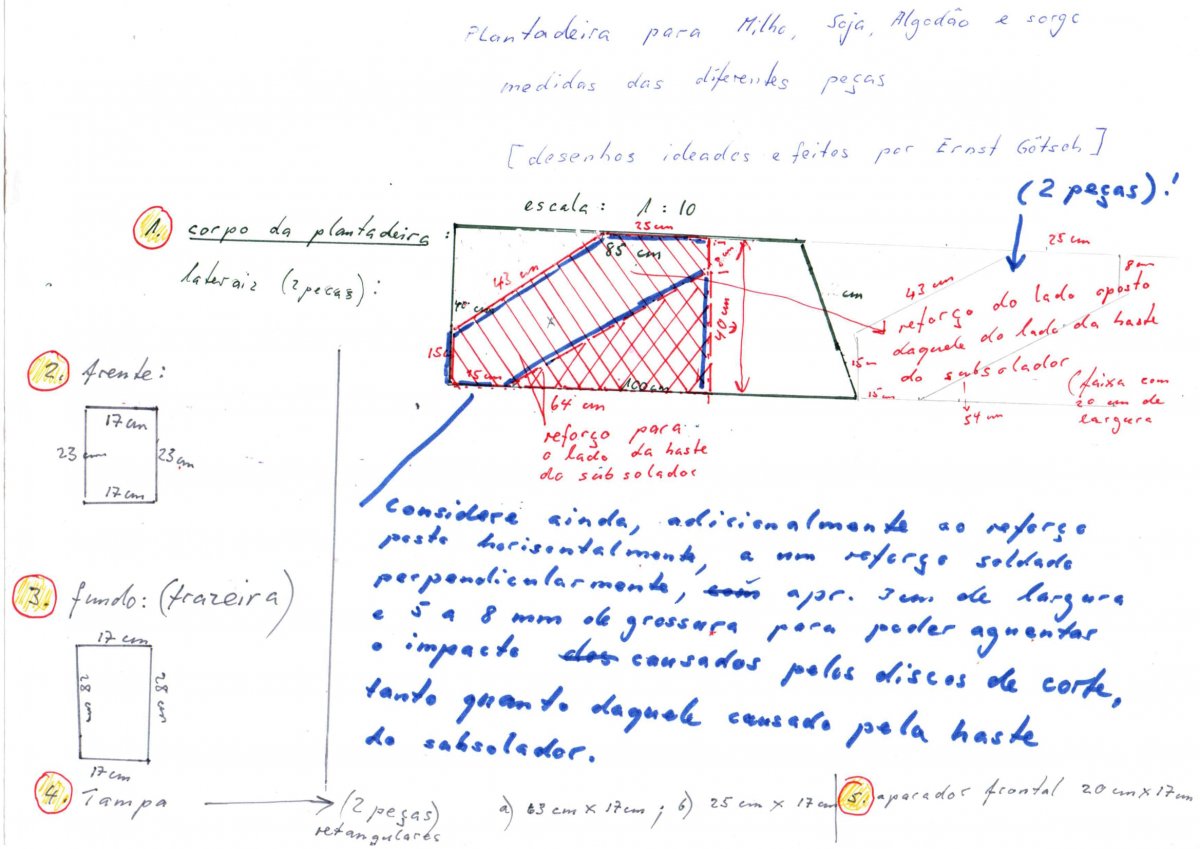 Details of the seeder's body