The pioneers, the initiators

Many people have played a major role in the history of agriculture and in our understanding of the living. Writers, politicians, scientists, researchers or farmers, have made their contribution to design, criticise and invent new ways of life. Their works, speeches, movements have raised awareness. 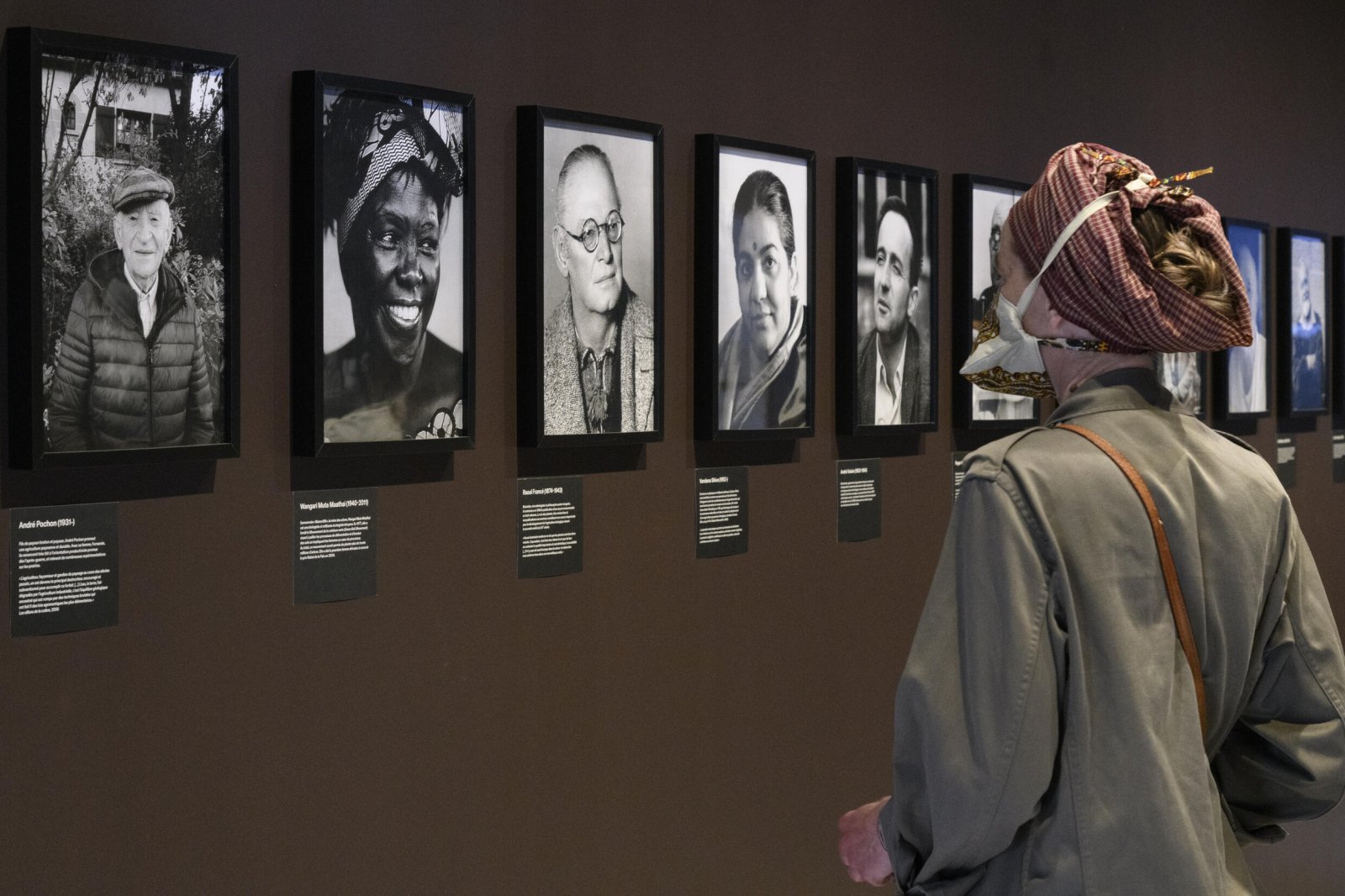 The Japanese farmer devoted his life to developing an agriculture in accordance with his convictions, leaving nature to do its work and limiting human intervention to a minimum. He is the author of The One-Straw Revolution: An Introduction to Natural Farming (1975).

“Spreading straw might be considered rather unimportant, but it is fundamental to my method of growing rice and winter grain. It is connected with everything, with fertility, with germination, with weeds, with keeping away sparrows, with water management. In actual practice and in theory, the use of straw in farming is a crucial issue. This is something that I cannot seem to get people to understand.”

Austrian philosopher and educator, Rudolf Steiner is a forerunner of biodynamics, which he presents in a series of conferences in 1924 to assist farmers and scientists in finding again a profitable link with nature. He theorizes anthroposophy, a doctrine convinced that there’s a spiritual world in which men once took part thoroughly by a form of dream consciousness, which has been reduced because of its attachment to material things.

After the resounding success of The Sea around us, the American biologist embarked in an investigation denouncing the disastrous effects of the use of pesticides and other chemical products, recycled from war industry. In 1962, the publication of the Silent Spring triggered a war with agro-industrial lobbies who discredited her scientific status. She died from cancer in 1964. The use of DDT was finally forbidden in 1972 by the US National Environmental Protection Agency (EPA).

“For the first time in the history of the world, every human being is now subjected to contact with dangerous chemicals, from their conception until death”. (Silent Spring, 1962)

French biochemist, agronomist and farmer, this pioneer of sustainable agriculture advocates for dynamic rotation of the herd in grasslands and better livestock feeding. His two books, Grass Productivity (1957) and Soil, Grass and Cancer (1959), remain landmarks for worldwide researchers.

French biologist and ornithologist, committed director of the National natural history museum from 1975 to 1985, activist against the harmful effects of the “Glorious Thirties” industrialization, Jean Dorst acquired a worldwide reputation with the publication of his book Avant que la nature meure (1965), in which he establishes the scientific foundations for what we will later call, biodiversity.

French agronomist, René Dumont is one of the firsts to ever denounce the harmful effects of productive agriculture, after having been one of its staunch supporters. In 1974, is the very first ecologist candidate in France. Always dressed in a red pullover and provided with an apple and a glass of water, he shares on television messages at the same time easy to understand and powerful about the shortage of natural resources due to human activities. In 1998, he is one of the founding members of Attac association.

French botanist, Roger Heim is director of the National Museum of Natural History from 1945 until 1960. He writes the preface for the French translation of Rachel Carson’s Silent Spring in 1963, wishing this book would save from what he calls the “wreck of nature”.

“We arrest ‘gangsters’, we shoot at ‘hold-up’ authors, we guillotine assassins, we shoot at despots or so-called despots, but who will imprison public poisoners, instilling everyday products that synthesis chemistry delivers at their own benefits and at their recklessness?”

Son of a Breton farmer and farmer himself, André Pochon advocates for a peasant and sustainable farming. Along with his wife, Fernande, they renounced very early on the productive orientation promoted in the post-war period and carried out numerous experiments on grasslands.

“The farmer, designer and guardian of the landscape during previous centuries, has become the first destructor, encouraged and funded to accomplish this mischief. […] Water, earth, air, are all being degraded by industrial agriculture, ancestral geological balance being broken by brutal techniques which negated the most fundamental agronomical laws.”

French sociologist, Henri Mendras specializes in the study of peasantry and French campaigns. In his acclaimed book, La fin des paysans [The End of Peasants] (1967), he analyzes the disappearance of the peasant production mode, replaced by professionals of the agriculture already ordained according to a capitalist and productive mode.

“Today, the second agricultural revolution disrupts the structures and the quiet balance is broken. It is the agriculture turn to ‘industrialize’ and French peasantry is killed, with more than 150 years late, by the civilization we name industrial.”

Bill Mollison is an Australian biologist. Then a student in environmental design, he meets David Holmgren in 1974. They develop together the concept of permaculture, thought back then as the setting up of a global agricultural ecosystem for a sustainable agriculture. The concept is theorized in their book Permaculture One, published in 1978.

Austro-Hungarian botanist, microbiologist and philosopher, in 1906 he begins the publication of a monumental work, in eight volumes, The Life of Plants. His consecutive researches and publications constitute an important source for biological agriculture development during the second half of the 20th century.

“There is not a single botanist who would negate that plants are living beings. However, to contest their important quality and characteristic, the sensibility, it is precisely denying their life […] There is no sharp jump in nature: the very same link ties us all in one wonderful unity.”

Indian farmer and activist, he developed a system of organic cultivation in a rice field and managed to stop using chemical fertilizers in 1960 by setting up an innovative system of platforms and trenches for the irrigation of fruit tree crops.

Engaged, he publishes in 2006 an open letter to the government to draw its attention towards the over-indebtedness of the farmers and the increase in suicide rates amongst them. He opposes the Green Revolution which favored imports and massively introduced chemicals in India.

Zimbabwean biologist and ecologist, Allan Savory discovers, against the tide, that grazing can limit desertification. By compacting the soil, animals help to retain water in the soil and allow vegetation to take root. Influenced by André Voisin’s work, he develops a holistic pasture management method that allows for better carbon sequestration in the soil. Along with his wife, Jody Butterfield, they create the Africa Center for Holistic Management in Zimbabwe and establish the Savory Institute in Colorado with the goal of promoting large-scale soil restoration.

Considered as the most important Norwegian philosopher of the 20th century, great alpinist, resistant during World War II, Naess is an engaged ecologist. Influenced by Rachel Carson’s Silent Spring, he theorizes a new vision of the world (“Deep Ecology”), to oppose a form of ecology, called superficial, which focuses only on the reduction of pollution and the safeguarding of material resources in order to guarantee the current standard of living of rich societies.

“The well-being and flourishing of human and nonhuman Life on Earth have value in themselves. These values are independent of the usefulness of the non-human world for human purposes.”

Walter James is an atypical figure in the English agricultural landscape. Influenced by Rudolf Steiner, he meets in Switzerland Ehrenfried Pfeiffer, the main figure of biodynamic agriculture, and invites him over, in his farm in Kent, to give his first lecture in Great Britain. He coins the concept of organic farming, described in his book, Look to the Land (1940), in which he asserts the logical link between human beings and every living beings and where he describes the farm as an organism, as a living whole, that detains a balanced organic life.

Austro-American designer, teacher and activist, he conceives design along with a political scope and associate the designer job with the notion of social, ethical and moral responsibility. The environmental impacts of design are at the heart of his preoccupations, leading him to lay the foundations of eco-design (or social design).

Known as “Mama Miti”, the mother of the trees, Wangari Muta Maathai is a Kenyan biologist and ecologist activist. In 1977, she founded the Green Belt Movement, aimed at mitigating the processes of deforestation and soil erosion by involving women in the process. Overall, this movement would have permitted planting more than thirty million trees. She has been the very first African woman to receive the Nobel Peace Prize in 2004.

Japanese botanist, a pioneer in applied ecology for forest restoration, he progressively composed a major bank with more than ten million seeds. Based on his researches, he developed a method known as “Miyawaki’s method” which allows the restauration of indigenous forests from native trees on poor soils, degraded or deforested. Doing so, he contributed to refurbish more than 1300 sites in Japan.

Physics doctor and Indian activist, Vandana Shiva is seen as pioneer in ecofeminism. Revolting against the agribusiness multinationals that seek to privatize life by patenting it, she founded the Navdanya association in 1991, which develops natural seed banks in India and supports the deployment of a peasant, organic, sustainable and local agriculture. She received the Alternative Nobel Price in 1993.

In 1926, he is invited to give a conference at the Sorbonne on "The nervous system of plants".

French agricultural engineer, specialist in tropical agriculture, Lucien Séguy is considered as one of the precursors of the direct seeding technique on cover crops, which he notably contributed to develop in Brazil. More respectful, this technique provides the soil with water, heat and nutrients necessary for the crops.

Pharmacology researcher and writer, Jean-Marie Pelt is considered as a pioneer of ecology in France. His engagement has been at the crossroads of science, Christian faith, and activism. Pedagogue, he wrote more than fifty books and has also been radio chronicler and director of two TV series, L’Aventure des plantes and Des plantes et des hommes. He earned several awards thanks to his work, including the Legion of Honor in 1995.

Brazilian syndicalist leader, known for his fight for seringueiros’ rights (workers who collect latex in rubber tree plantations in Amazonia), Chico Mendes encouraged the creation of forest reserves managed by traditional communities. His murder in 1988, at the behest of a landowner, prompted the Brazilian government to cut off credit for grazing in the Amazon and to create a nature reserve of nearly one million hectares bearing his name.

American architect, engineer and designer, faced with the great challenges humanity had to deal with, he advocated a design revolution in innovation by adopting the dual perspective of global vision and local action.

In his Operating Manual for Spaceship Earth (1969), Buckminster Fuller introduced a concept that made him famous: we share a common vessel that we must preserve.

“We all live on a single island surrounded by a large ocean. It is our only vessel to navigate through space: our spaceship Earth! It contains enough resources to take 100% care of humanity, but it needs to be flown with care!”

Mathematician and physician, also known under his singer name, Evariste, Joel Sternheimer coins the term ‘proteody’, association of the words ‘proteine’ and ‘melody’, which defines a series of harmonized sounds, showing the existence of wave mechanics phenomenon through amino acids. He opens the field of experimentations for therapeutic applications on humans and animals, or to heal and rebalance ecosystems.